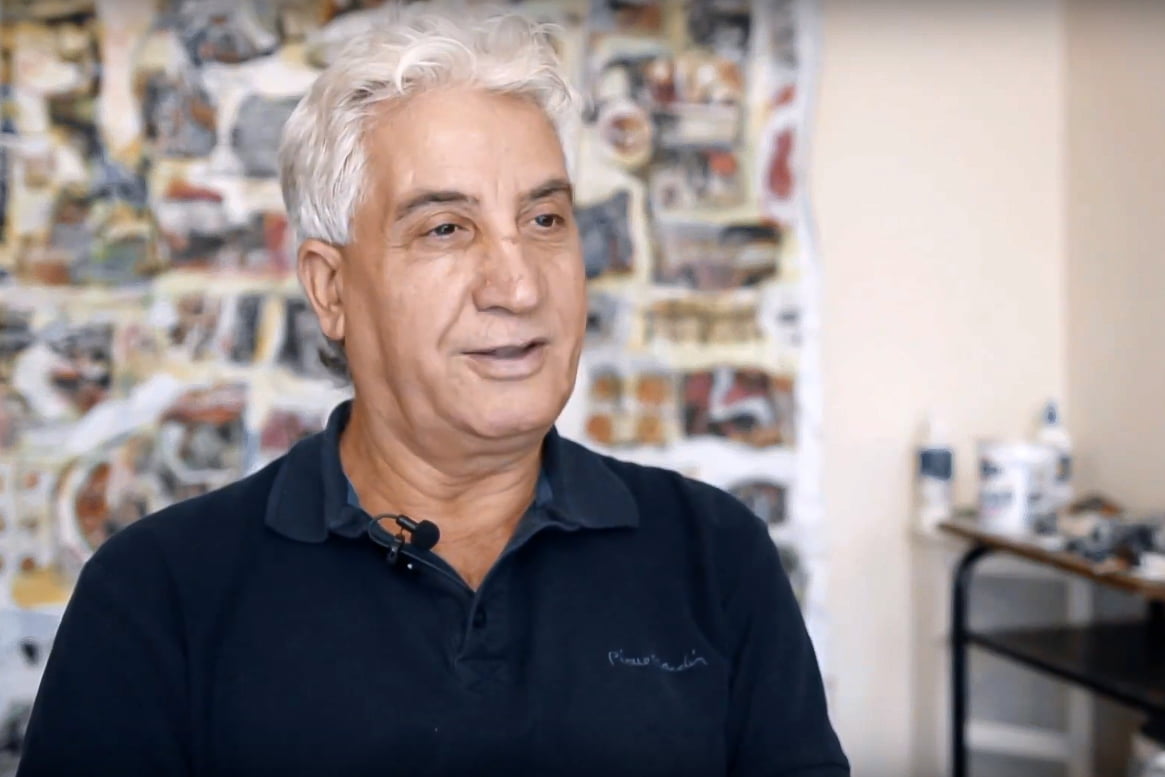 To me painting was something strange; it was another world.

From discouragement of the family and threats of political persecution, to leaving everything behind and starting from scratch in a new country, Hasan Abdalla keeps painting against all odds.

An internationally exhibited painter currently based in London, Hasan Abdalla was born in 1955 in Al Hasakeh, a city in NorthEastern Syria and centre of an extensive irrigated-farming region.  Also, a place which gave a great generation of painters, despite people looking upon them “as if they were mad”. A rebellious soul, Hasan picked up painting at 40 and has since created countless dream-like abstract expressionist paintings filled with memories and reflections, as well as contrasting colours, shapes and textures. His work has been exhibited in numerous solo and group exhibitions in Syria, Lebanon, Turkey, Germany, Sweden, Spain, and the UK.

How did you start painting? You started quite late when you already had a career in another profession.

I was about 40 when I started painting. The late beginning is related to my family and their mentality towards creativity. They were simple villagers. They wanted me to study, nothing more. They didn’t care about creativity and any inclination towards disciplines other than academic study. It is a very primitive village and people don’t encourage others to pursue creative ventures,  they look at the painters as if they are mad.

To me, painting was something strange. It was another world. I didn’t think I would become a painter because I did not have any painting experience. I started painting suddenly, which was surprising to others. When I found out that people were interested in my arbitrary paintings, I continued. I developed my style. I began painting on small canvases and then on even larger canvases. At that time I was thinking about the audience. I thought, if I painted anything, it must be of interest to people. I was not painting for myself. For my first exhibition, I was painting for myself. For my second, I split the focus between painting for myself and viewers.

For a long time I was teaching [English literature] at a university. Eventually, I left the university because I was dedicated only to painting.

What inspired you to paint? Has your inspiration changed after coming to the UK?

When I was a child, I was inspired by the village: the vast fields and the women who were working all day and the men who were just sitting and waiting for somebody else – their wives or their children – to serve them. [It pained me a lot] because the women were treated badly. At first, my paintings were all about women of different expressions and different attitudes, showing that women were suffering and nobody knew.

England provided me with new ideas and a new outlook on painting. I have to think about the people here who are different from my people. That’s why you add to your experience when you experience foreign cultures.

Painted in Syria in 2009, “The Knight” was inspired by the heroic resistance of the people against occupation. Against a backdrop of houses in the distance, an abstract figure emerges from contrasting patches of colours in the middle of a circular field. The outstretched arm, sometimes wrapped around the shoulders of a loved one, other times strumming a lute or passionately raised in the air as in “The Knight”, is a recurring motif seen throughout Abdalla’s oeuvre. 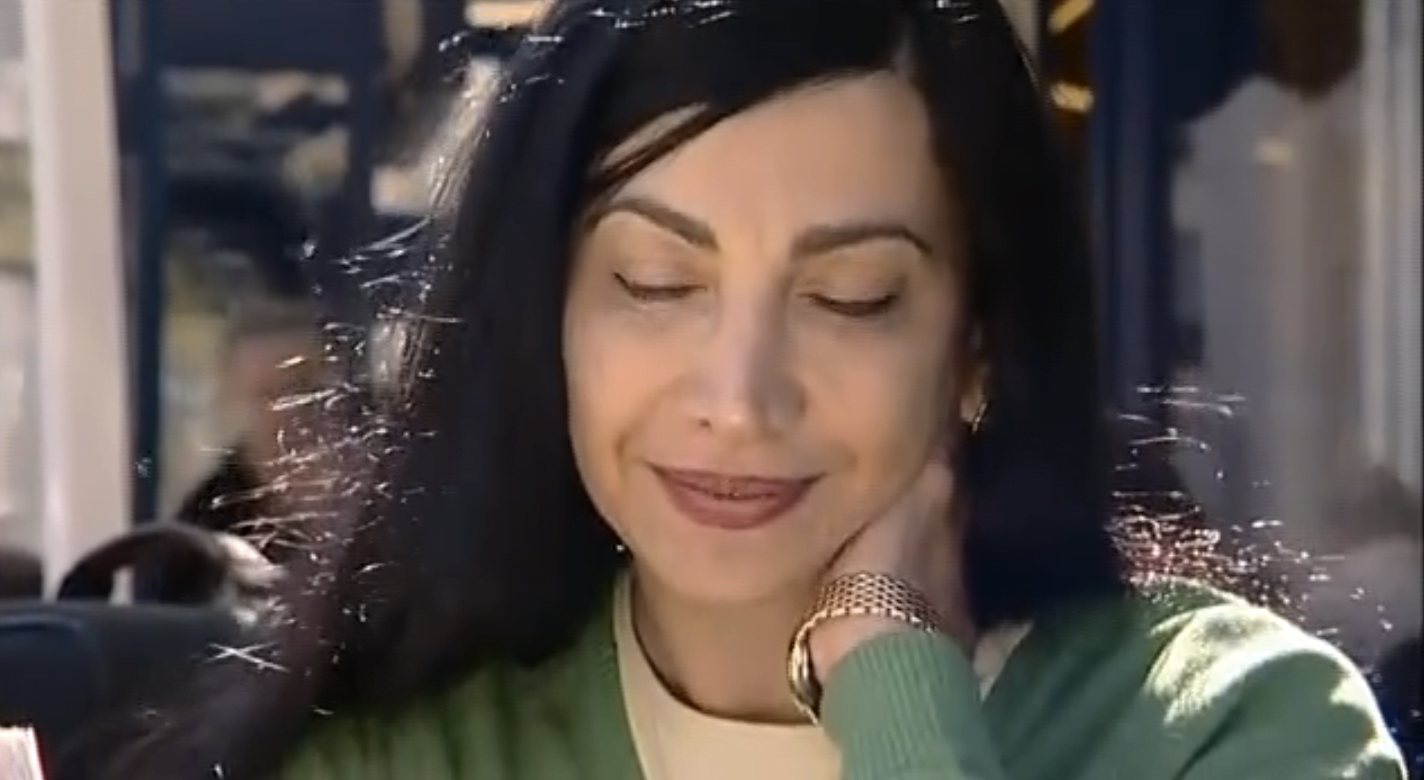 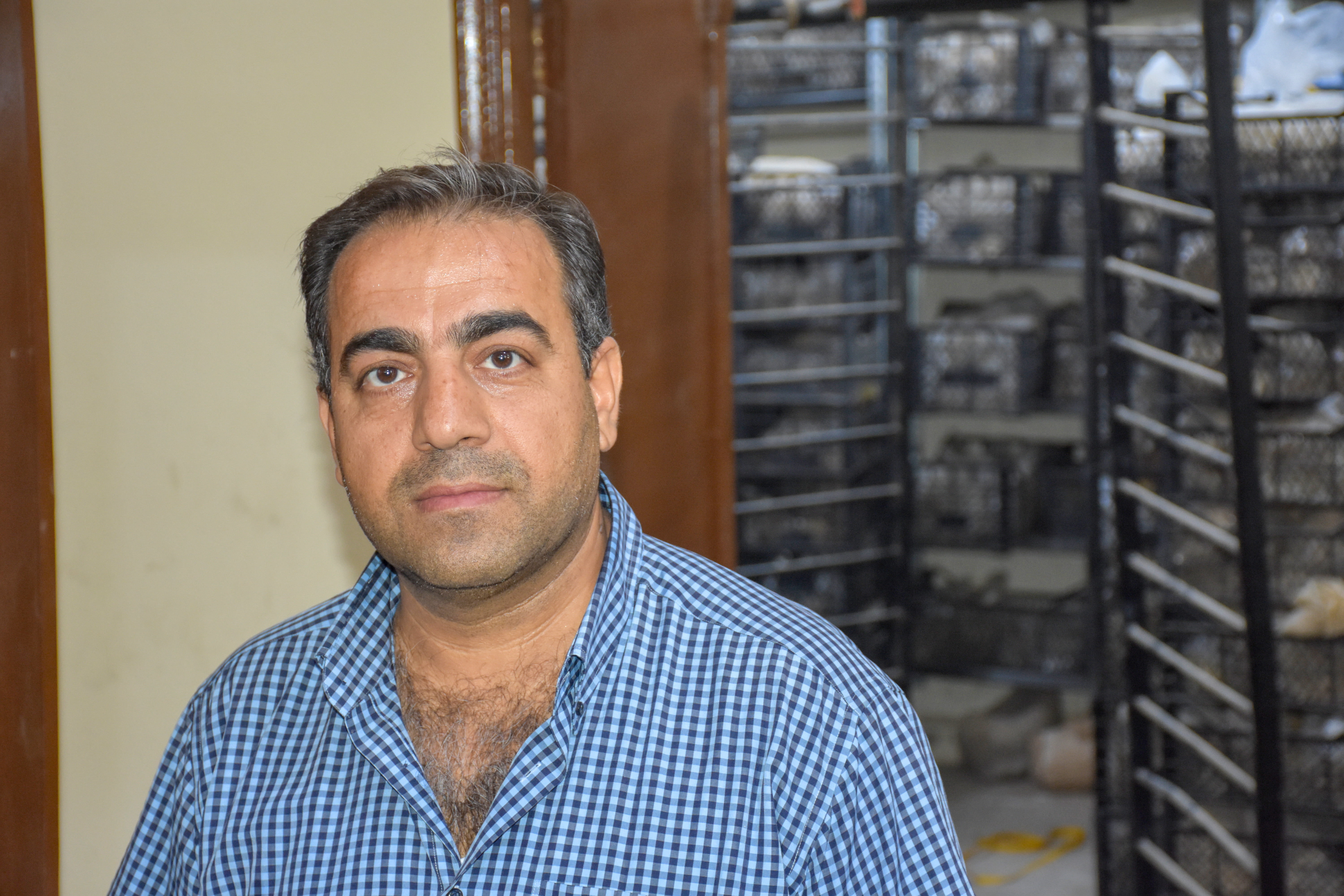