Abir Tobji is the co-founder of Celebrating Syria, the first festival based in the UK to highlight the variety of Syrian arts and the country’s rich cultural heritage. Through music performances, cinema screenings and much more, Celebrating Syria showcases the country’s diversity and provides a refreshing perspective on Syrian culture beyond the war. Tobji is also the Engagement Manager at Manchester International Festival (MIF).

Can you tell me a little bit about yourself?

I am from Aleppo. This is where I was brought up, and where I’ve spent all of my life before coming to Manchester in 2016. In my day job, I work at Manchester International Festival as the engagement manager. I made (a) shift to the cultural sector four years ago. However, before even working in the sector professionally, I co-founded the Celebrating Syria Festival. It’s organised under a charity called Rethink Rebuild Society, a community organisation that was founded in 2012 by the Syrian diaspora in the UK. Their focus shifted depending on the needs of the community, depending on the progress in which the needs evolved.

Can you tell me more about Celebrating Syria Festival?

It (Celebrating Syria Festival) is organised by a charity called Rethink Rebuild Society (RR). It’s basically a community organisation that was founded in response to the Syrian diaspora here in 2012. Their focus shifted depending on the needs of the community, depending on the progress in which the needs evolved. I was a frequent visitor to the events that they do. We co-founded this festival, which was so successful in 2017, that we had to start organising it annually. The last one we ran was in March this year, March 2022, and it was the fifth annual festival. Celebrating Syria, in general, is the first of its kind in the UK as well. Now, there are other festivals too. But it’s been going very well, and it’s been completely run by volunteers.

What type of programming do you aim to include in the festival?

It’s usually a different theme in terms of the concept and ideas we’re trying to bring together (every year). But in general,… One of the things we’ve been relying on is diversifying the programming in terms of the art forms… We combine different things that appeal to different audiences including music, theatre, workshops and film screenings. We’ll always have exhibitions as well.  We try to profile Syrian artists who recently arrived in the UK.

We have a lot of Syrian audiences, those who have been living in this country for a long time and those who have recently arrived. Also, we have a lot of non-Syrian audiences, both British and non-British. We try to cater to everyone. Some of the events might be appealing more to a western audience, especially if it talks more about issues that Syrians might not want to talk about over and over again. But it’s more about raising awareness about particular historical or contemporary issues. While we see a lot of attendance, especially by Syrians, to music events where people are in dire need to come to a theatre and be part of a concert that would never happen in their new home unless this festival provided it. We try to really be inclusive in terms of costing (ticket prices). We’ve always been very considerate in terms of financial accessibility, and we’ve always had multiple tiers where we ask people to follow what we call the solidarity economy approach.

I’m interested in what you touched on slightly about the title “Celebrating Syria”. How do you think the festival provides alternative ways of talking about Syria, of engaging with Syria?

This is exactly why the festival started, and that’s probably why the name is Celebrating Syria. Rethink Rebuild Society, the organisation that offered us a platform to host the festival… a lot of their work was focused on raising awareness of what’s going on in Syria and why this is happening because most western mainstream media, was always focusing on the disasters and on the violence that was happening, which is fair enough because it was a massive scale. I’m not saying that this shouldn’t have been the coverage. However, they always miss the point of why this is happening. What are the root causes of why we’re seeing this? As Syrians in the UK, as the Syrian diaspora, this was one of the main things that we felt responsible for trying to raise awareness on the root causes of why this is happening and why we ended up here.

(Starting in 2017, traditional ways, I think, were becoming less and less effective because they were attracting the same audience. The methods weren’t really creating more opportunities to spread awareness around Syria. Using art and culture to talk about that really opened a lot of doors concerning how you approach your audience and who you attract. And I think that’s one of the reasons why it was so successful because we really noticed how effective it was in terms of keeping people’s attention and attendance to learn more about Syria. On the other hand, showcasing that other face of Syria.

We have a very rich culture and we’re very diverse and that’s one of the themes that we focus a lot on in the festival regarding the diversity of the Syrian population. We want to use this platform for Syrians to discuss the diversity and cultural heritage between us and showcase that. As a team, we are very diverse. We come from different cities, from different backgrounds, different beliefs, religions and areas. We are already reflecting the diversity of the Syrian community and we try to reflect that every time in the festival programme because we think that this is one of the ways to do so.

In most places in Syria (other than perhaps Damascus), people were living in their social bubbles. We didn’t have any platforms to interact with each other. However, what we see here in exile is that the Syrian identity is what gathers Syrians together, regardless of their backgrounds and where they came from in Syria. So, it’s a unique opportunity to use those new windows of opportunity where those barriers vanished because of our status and go back and showcase and talk to each other.
I think that arts and culture can be used as a vehicle for that conversation. And that’s what Celebrating Syria is trying to do, whether consciously or unconsciously. We have multiple reasons for existence and it might differ between the audience we’re talking about. Whether it’s the western audience, we try to raise awareness about Syria and showcase that beautiful face that the culture brings in, or whether it’s the Syrian audience, who we try to keep together in a shared cultural heritage sphere and open that space for conversation.

What about the festival makes you come back every year?

I always ask myself this question, and I feel that this is my contribution to Syria. I used to work in the humanitarian sector because I felt the urge that I needed to do something. When I consciously decided that I can’t do this anymore…I found an alternative in Celebrating Syria, just offering my time to do that beautifully, and I have the producing skills.
What keeps me going is that sense of it’s very important, it’s always successful, but also, it’s me enjoying what I will bring in because as I said earlier, if these platforms don’t exist, you can’t really see that film that you wanted to see or that concert that you really wanted to attend.

Also, one thing that I really want to highlight is (and that’s probably because of my day job as well) my focus on bringing art to people who wouldn’t necessarily engage with it.
That’s something that we are always conscious of in Celebrating Syria. Festivals or events shouldn’t be limited to elites and in every society this exists. Whether it’s Syrian or it’s British. There’s always a proportional disadvantage in every society. I’m not saying everyone is the same, but there’s always the elites that want these events and would be willing to pay and make the effort to go. And there’s always the majority who are not going to go there unless you put some effort into making a safe space and making an accessible space and an enjoyable space. What we want to create here is that space for people to come together and enjoy extremely good quality artwork.

And it’s such important work. I’m wondering what kind of challenges that you’ve faced since you’ve started Celebrating Syria?

So, one of the good challenges, in my opinion, is thinking about Syrian youth, basically, anyone who came in while they were ten years old or younger or even were born here, from what we hear from other parents is how much they are struggling with their identity. Whether refusing their Syrian heritage or having to try and fit in in the way their parents want them to .

There are a lot of complexities. I can understand why this is happening. I mean, even adults are struggling. I think one of the good challenges is that we wanted to start working on that level and see what our role could be. How can arts and culture, especially things that might be more appealing for that age range, be used with them to connect with their heritage and reconcile. How can we use this platform, the festival or any other art form, to navigate whether there’s another relationship that they can build, whether with their language or heritage or that sort of identity that they might at the end decide to block, which isn’t something wrong if they want to, but it’s just offering that alternative because I think currently there aren’t many healthy ways of navigating that identity. So, whether arts and culture can provide a good way of doing that is what we are starting to navigate.

What are other future goals you would want to kind of dive more into that you think would be good for the different communities?

Some of our plans are to create sort of a cultural hub for the community here in Manchester, beyond Manchester, maybe in the Northwest, by having more ongoing programming that might be solely focusing on or targeting the Syrian community rather than a wide range of audiences. This could be really targeted, whether it’s for the youth, young men or mothers, for example. So different targets in the communities could use arts and culture as a way of exploring different societal issues and could have that sort of participation and co-creation element where people come together and use arts to explore different themes. So, Working with artists and facilitators to create that would be something very ambitious to achieve. We have started talking about that, but there are no concrete plans yet. 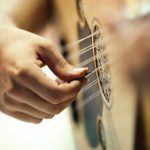 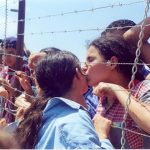