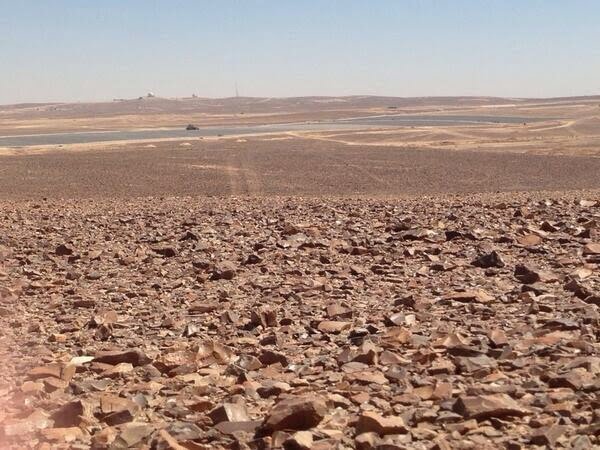 The First Attempt to Leave Syria

As I arrived at my village, heading out to Jordan, the clashes were at their peak. I was unable to leave for days.

That same day, the Jordanian government had announced that adult males were not allowed to enter the country alone without their families. After a week an elderly woman whose surname was the same as mine wanted to go to Jordan, so I went with her pretending that I was her relative.

The trip started at a gathering point in a village bordering Jordan. People from different parts of the country gathered in the evening and got into large shipping vehicles. And once the evening prayer finished, the herd of vehicles began moving towards the nearest border point, guided by Jordanian camel shepherds. Everyone was confused, and frightened of the snipers on the Syrian side. Caution was necessary. Not a sign of light was allowed – not even smoking. The light of a cigarette might reveal the swarm of shipping vehicles filled with displaced people.

We stopped at a point where the roads were too rough for vehicles to drive through. The organisers of the journey advised us on how to cross the remaining three kilometres –  walk fast, be very quiet and don’t make any sound especially at the rocky part of the road, walk in groups. We started walking. With every step I remembered a novel I had once read about those displaced by war and violence, and their long dreadful journey to reach safety. I remembered the children, the worried mothers, the heavy loads and the scared grandmothers fidgeting and failing to keep quiet.

When we arrived at the borders, the Jordanian crew of the mission was awaiting our arrival. They sat us in an area belonging to the Jordanian side while we waited for the buses. We were thirsty and exhausted. I vividly recall the clear night sky. It felt so close, and the stars were majestic. I remember how we all burst into laughter as a Jordanian soldier panicked, thinking a shooting star, a meteor, was a signal from the Syrian side.

The first checkpoint was easier. I was carrying my baggage along with the elderly lady I was accompanying. I don’t know where I got that physical ability to carry all that, but she was so grateful and showered me with prayers and blessings all the way. We talked, and only then we did we learn that we were actually related, and it was not just a similarity in last names. But when we arrived to the second checkpoint, a security point, things were different. And I was not allowed into the country.

I sat with other young men in a room till 3 am. When an officer finally came to speak to us, these guys started making up stories as they tried to persuade him to them enter. From his body language, it was clear to me he was not listening, and definitely not intending to let us enter Jordan. So I kept quiet. He approached me and inspected my books and baggage. We had a general conversation, unrelated to my ability to go in to the country or not. He said he wished he could let me in. He apologised to me, and  I smiled.

A bus carried us back to the Syrian border point where it had picked us up. One of the camel shepherds led us to the road and back to the village we came from. The dawn was approaching, threatening to reveal us to the eyes of snipers and the Syrian camel shepherds. The guys with me did not know the way very well, even though one of them had attempted to cross and return four times before.

I walked in a line carrying my two heavy bags. The way was very long. It was roughly 30 kilometres to the village we had left. I didn’t have the chance to sit to rest. Every moment of daylight represented a potential shot from a sniper. After a long walk, we realized we had taken the wrong road for about five kilometres.

I remained very quiet, only worrying that my family believed I had arrived in Jordan. At some point, one of my bags fell off the top of my head, where I was carrying it, and the other fell off my back. My hands were numb – I fell. The falling of my spirit was greater, but when my face collided with it, the Syrian earth smelled good . The sky of Syria was clear and welcoming. I no longer thought of snipers. The breeze was pushing me to walk back home.

A car stopped on the highway, collected us and dropped us at a mosque where all the ‘returners’ were resting. After three hours of walking with my heavy baggage I surrendered to the mosque carpet. There was no electricity. Many had taken to sleeping in the mosque, despite the cold. I dragged myself to one of the walls, took out all the jumpers and trousers I had with me, put them all on and fell asleep. I must have slept for less than two hours, but it was such a deep sleep.

When I woke, all my disappointment and despair returned. I gazed at the mosque ceiling, listening to a warm voice reading the Qur’an. I listened until I felt slightly better. I went back to the village, back home. 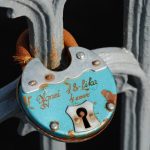