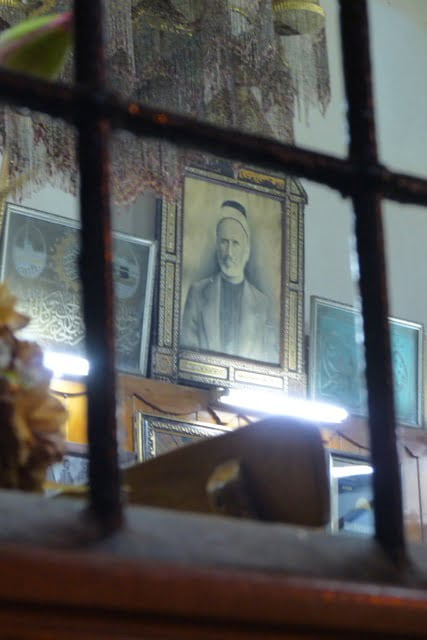 A lot of my youthful memories were shaped in and around Syrian Coffee Shops. To be frank, a lot of my adult memories also occurred in cafés or featured cafés in them.

My first encounter with many friends took place in cafés. I wrote my Master’s dissertation in cafés, I dated in cafes, I met my wife for the first time in a café, and I sent most of my job applications, and had many successful job interviews, in Syrian Coffee Shops.

I don’t think that I am the only Syrian or Damascene who would write what I wrote above, even though some might consider it extreme. Coffee and cafés have always played an important role in Damascene life. This obsession with coffee has been passed on from generation to generation.

The first cafés were opened in Damascus, Baghdad, Cairo, and Aleppo in the 15th century before two Syrian adventurers went to Istanbul and opened the first cafés there. It was a new trend introduced by Syrians.

In the old city of Damascus, there are corners, shops, and open patios by the river that are called “kahwe.” You can find them everywhere in the city, in the souks and near the khans, or outside the city – by the rivers atop the hills, and within the orchards. Kahwes were and are still places to meet and simply socialize. They are a space to study or write a poem or a novel and sometimes to play tawleh (backgammon).

When I go to the kahwe, I know that I will be ordering coffee, shaii (black tea) or, in some cases, zhourat (herbal tea), or hot salty cumin with lime. As was the habit in Damascus, I would wake up very early and go to the old city, walk through the empty alleys and end up in a kahwe before heading to work.

This became a habit in the last two years  I lived there before I left the city for good. I still remember the sun hitting the chairs and the flowers in the morning while I had my quick Syrian coffee on a street corner or in a Damascene house courtyard, and then rushed off to work. This is the only time of the day when the coffee aroma fills the air of the kahwes; shishas are not yet an option.

I adored going to Kamal Café, which was situated right between the old and the modern neighborhoods of Damascus. In a large kahwe with hundreds of seats, the waiters have special roles.

When I used to come in the early afternoon, I would notice a man who would dress like the image of Joker on the cards, and his role was to rearrange all the cards and pack them before they were distributed again to the customers in the evenings.

I would enter the café and the smog which emits from hundreds of shisha pipes would hit me. This was followed by the sound of hundreds of dice hitting the boards of backgammon, the shouts of hundreds of card players, voices of young and old men telling stories or boasting about their heroism, and the loud traditional music in the background which filled the place.

I often made mistakes by ordering coffee from the guy who would offer water – that wasn’t very rewarding, as the guy would simply ignore me.

Clearly, I was not coming often enough or was not loyal enough, to know who was doing what. But over time, I developed a friendship with a middle-aged waiter whose name was Hammoud. He was a simple, short man, originally from the Kurdish areas northeast of Syria and spoke in broken Levantine Arabic.

I used to lie to Hammoud and tell him that my mother was Kurdish. He loved that information and would always say that I was like Zoroaster, the ancient Persian prophet: “half of me is light and half of me is darkness”.

My second favorite kahwe was Al-Naseri café, which is located at an intersection of alleys within the old city’s walls. The owner once told me that the café had been sitting there for over 150 years.

Its simple design, which is based on function, indicates how old it is. One corner is dedicated to the preparation of tea and coffee, with space for chairs and tables, and an old handwritten sign atop of its entrance which simply says “Kahwet Al-Naseri”.

Unlike Al-Kamal or any other famous cafe, Al-Naseri is hidden away from the fashionable districts in the old city. One has to know where it is located, otherwise, he would be lost in the alleys. This is, in my opinion, what protected it from massive renovations and signs of modernity.

We would enter the small kahwe, which would be occupied by a dozen locals playing cards and shouting at each other – they usually gazed at us as if we were tourists coming from a different planet. The first thing we did was to quickly order and pay the owner a huge tip so he turned the official Syrian TV channel off and put Umm Kulthum’s songs on instead.

In the last decade, the modern cafés with their global trappings started invading the country. The cafés had French, Italian, and English names and offered international varieties of coffee, be it espresso or American coffee. They started spreading like mushrooms in the city. Soon we had both kahwes and cafés.

Unlike kahwes, the presence of women in modern cafés was normal and undoubted. The cafés offered local options as well, such as shisha and Syrian coffee. Yet the drinks at the kahwes were more affordable and of a traditional fashion that refused to fade out. Eventually, many kahwes became more open to the presence of women.

In 2013, I was forced to leave the country and begin a journey that started in Iraqi Kurdistan, followed by Turkey and ending up in Canada. As I entered the diaspora, I started to value a lot of the elements in my culture that I used to take for granted.

I started appreciating the Syrian coffee more, and the rituals and traditions around it became visible and distinct in my mind. In Kurdistan, among a people that values concentrated and sugary black tea,  I missed the Syrian coffee

In Turkey, the coffee looked like Syrian coffee and was presented in an identical fashion, with the same size and shape of cups, and the same kettle. Yet it was something else. In Gaziantep, where I lived, there was a Syrian coffee shop in which they made the Syrian coffee from scratch, right in front of me. There, the barista explained to me the main differences between Syrian and Turkish coffee.

In Turkey, the coffee looked like Syrian coffee and was presented in an identical fashion, with the same size and shape of cups, and the same kettle. Yet it was something else.

Syrian coffee is made out of dark roast Arabica beans, finely ground. Most Syrians prefer their coffee ground with cardamom. Turkish coffee, by contrast, is a medium roast and they don’t add cardamom. Preparation wise, Syrians like to simmer their coffee for a few minutes, in the belief that the longer it simmers, the better it tastes.

The Turks do not, especially since the spread of Turkish coffee machines that boil the water at once. The result is that Syrian coffee is a strong and concentrated dark roast with a noticeable cardamom taste. I heard many Syrians complaining about Turkish coffee, and many Turks expressing their unpleasant experience with the Syrian coffee. I heard this from Syrian and Turkish friends after the first sip: “This is not coffee!”

As I moved ahead and settled in Canada, Syrian coffee became another element of my cultural identity. Today, I miss the old coffee shops in Damascus, where time stopped hundreds of years ago. I miss the smell and the sound of bubbling water coming out of shishas, the laughter of tawleh players, the shouts and curses of card players.

I still love and appreciate all types of coffees – yes, including Turkish – but I have started to feel that many aspects of my Syrian culture are hidden to the world and they need to be presented, written about and celebrated.