Can you tell us about yourself? A small glimpse of you and how your interest in archeology arose?

My father is also an architect. Since childhood, I learned the rules and basics of architectural drawing from him, which made me feel attached to the field from a young age. I used to visit some project sites with him before I entered university.

I studied architecture at Al-Ittihad University in Raqqa Governorate. However, before completing my final year, I left Raqqa and commuted between Aleppo and Damascus because of the difficult security situation in my governorate. I graduated in 2014–2015. After graduation, because of the war and conflict in Raqqa Governorate, I settled in Aleppo and worked for the General Company for Studies and Technical Consultations for four years. During this period, I studied many engineering projects in Aleppo Governorate and its countryside. We prepared the organisational plan for the city of Aleppo in 2018 with a team of 10 qualified engineers, comprising a comprehensive plan for restoring damaged buildings.

I was following the news about the security situation in my hometown; I was anxious to return and participate in the reconstruction efforts. I returned to Raqqa in 2020 and began to participate in some engineering work. I had a passion to participate in the work related to archaeology. Raqqa is well known and a famous Syrian city known for its antiquities stemming from its rich and varied human civilizations that left a lot of traces. This cultural heritage and treasure still exist, although a considerable part has been damaged.

Raqqa’s many archaeological sites enhanced its position among the Syrian governorates regarding artefacts, dating to the city’s inception in 242 BC. The past nine years of conflict have changed many of these historical artefacts.

Among the historical sites are Bab Baghdad, the Wall of Raqqa, Qasr al-Banat, Hergla Castle, Jaabar Castle. All the archaeological sites remain, despite being exposed to air and artillery bombardment, to bear witness to a historic era that means a lot to me, while other archaeological sites have disappeared since ancient times.

During the conflict, various archaeological sites were damaged by various warring parties. This has marked the beginning attempts to obliterate the city’s landmarks and destroy many monuments and statues.

Tell us about a project that you are working on to restore antiquities in the area?

The Rafekatuna project is documenting and protecting cultural heritage in Raqqa. It’s undertaken by four international organisations to restore important archaeological sites in Raqqa that have been damaged. The project is divided into two phases, each lasting for about three months. The first phase consists of training workshops for 22 civil and architectural engineers, in addition to the archaeologists and engineers’ assistants. This training will enable them in the second phase to follow up the restoration work of the sites.

During the first phase, we documented the city’s archaeological sites. While the second phase proceeded with about 11 engineers selected from the first phase to carry out emergency restoration work for the proposed sites according to damage. We selected certain sites because of their importance and level of damage, including the minaret of the Great Mosque (Al-Hamidi), which is adjacent to the ancient Quwatli Market, the Girls Palace, the Al Mansouri Old Mosque, as well as the Baghdad Gate and the Raqqa Wall.

Preserving antiquities is a very important part of the region’s tangible heritage. In your opinion, what is the importance of also preserving the intangible heritage such as folklore songs, dancing, cuisine etc.?

Heritage, both tangible and intangible, has its value and importance. Both are intertwined and equally important to define a peoples’ identity. Both express its peoples’ originality and distinction. At the same time, heritage can reinforce nationality and deepen the identity and sense of belonging of its members.

This tangible and intangible heritage is exposed on an ongoing basis to many dangers that threaten its existence or expose it to deformation, damage and obliteration. And each of the heritage sections has its own threats. Often the risks and threats are commensurate with the nature of the heritage itself.

There are risks that pose a threat to the intangible heritage, detract from it, change it or distort it, and may end its survival. Perhaps the most prominent is globalisation and the steady development of economic and social life. Globalisation represents the great challenge to heritage, cultural peculiarities, and even the civilization constants of a nation such as religion, language, history, customs, traditions and cultural norms.

Globalisation’s negative side effects include spreading ideas and behaviours that could break a peoples’ loyalty to traditional values, cut the link between new generations and old and their past and heritage. The result is the emergence of the phenomenon of cultural dependency, the dissolution or fusion into cultures alien to them, which results in a culturally distorted generation that does not belong to the land on which they live. Globalisation also casts a distorted shadow over many traditional folk crafts in many societies, so the area of their popularity recedes, and their competitive strength weakens. Examples of these handicrafts include hand-made carpets, pottery making and the craft of woodturning or engraving, all of which are crafts that are linked historically, geographically, socially and psychologically to a society’s heritage. Globalisation and the external variables lead to the outgrowth of foreign products, thus leading to the heritage’s decline or disappearance.

How can we link the younger generation with both tangible and intangible heritage?

We do so by promoting a sense of cultural and intellectual responsibility for the development of society based on this rich heritage. For example, modernising the infrastructure related to developing cultural heritage, enriching identity and creating contemporary cultural concepts and ideas. Furthermore, I see the role of public actors in reshaping and promoting cultural institutions by making them more effective, thereby empowering Syrian culture at home and abroad by activating the heritage network.

Can you tell us about the cultural diversity in the city of Raqqa, and what are the most important customs and traditions of this region?

Raqqa presents a rich picture of the cultural and civilizational diversity in Syria, making the small area in the far northeast of the country a colourful mosaic. Despite the common language, Raqqa has a very diverse social and tribal fabric. Each region has its proud customs and traditions that symbolise its authenticity. Some of the distinguishing local features are marriage, hospitality, birthdays, festivals, popular songs, proverbs, poems, among others. 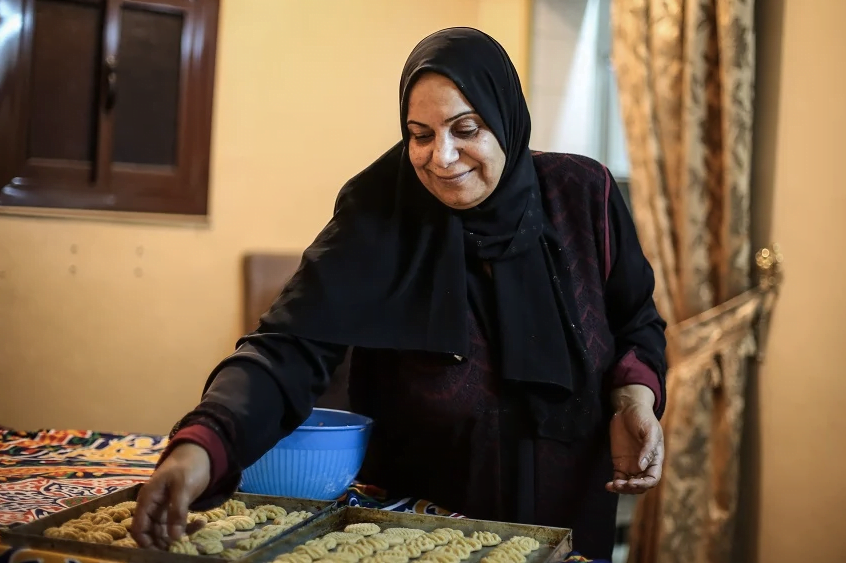 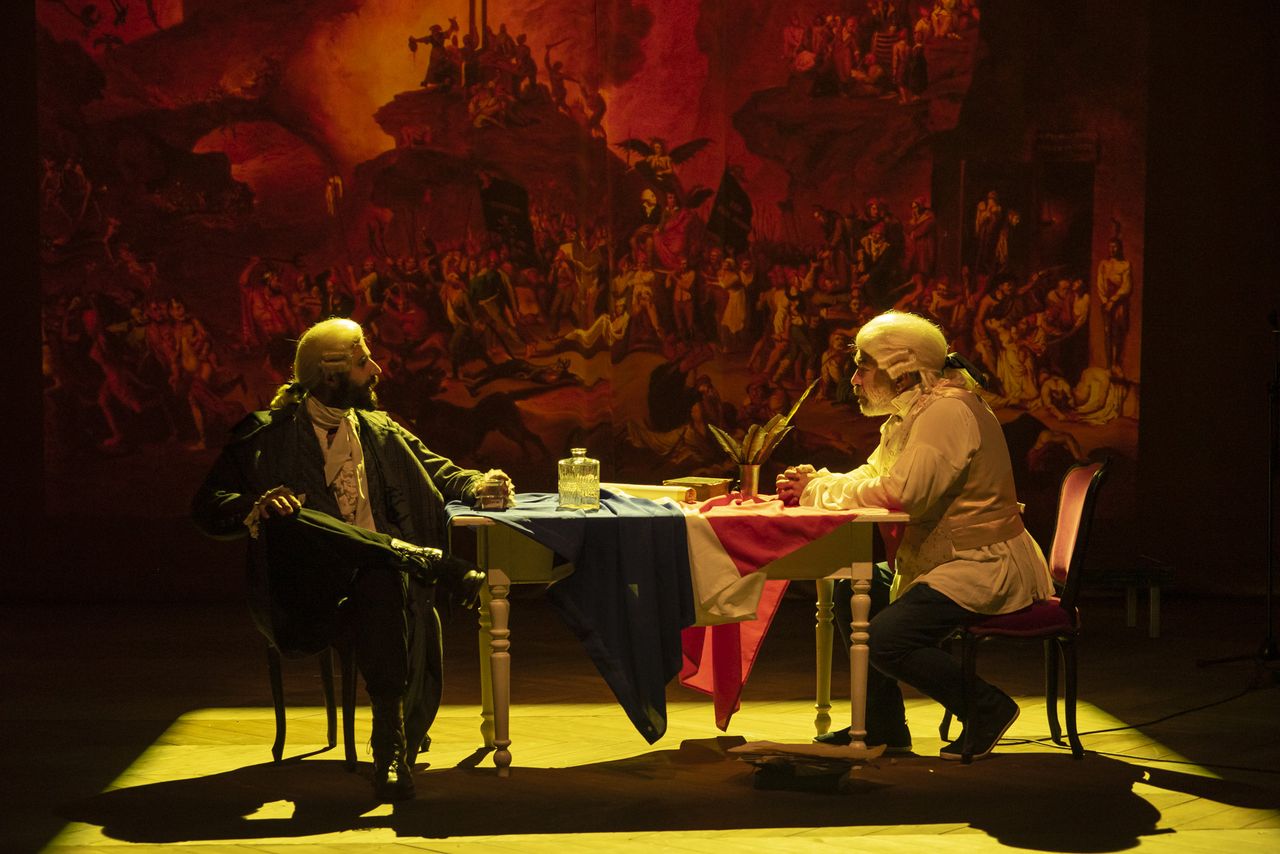