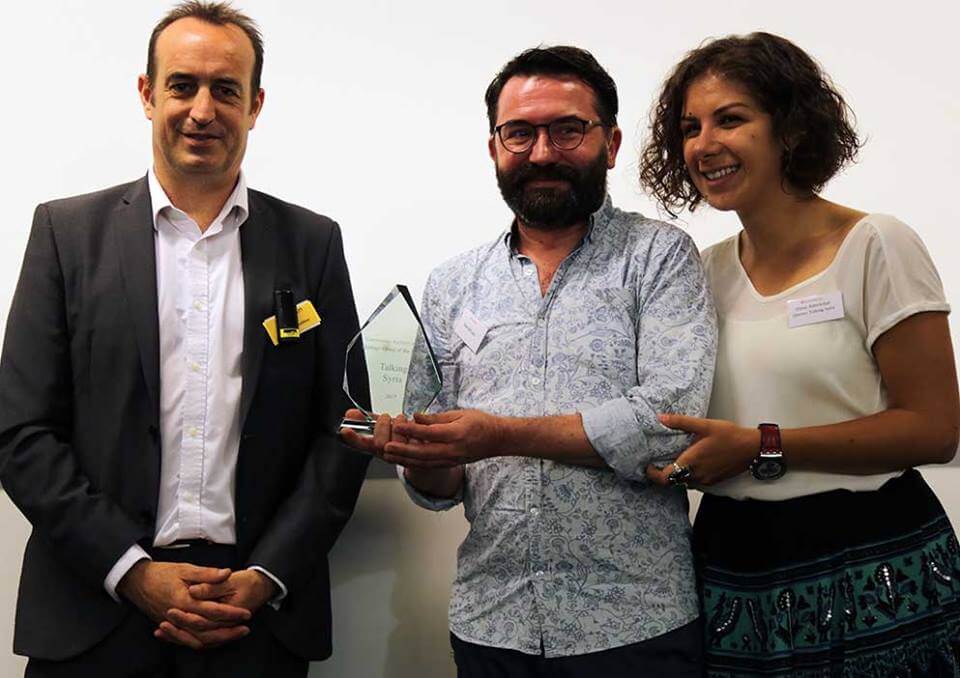 Home » Artist Collects Stories From the Hearts of Syrians
Memories

LONDON—For the past five years, Spanish artist and filmmaker Juan delGado has been leading a project to collect and publish the personal stories and memories of Syrian people inside the country and in the Syrian diaspora.

The aim of the project—whose Arabic name, Qisetna, means “our stories”—is to build an archive of oral history, a record of the experiences of ordinary Syrian life in a way that is separate from the daily account of politics and civil war.

Talking Syria—its English name—is “an extraordinary example of an archive preserving the voices of displaced and fractured communities for the future and acting as an engine of community resilience in the present,” according to the UK-based Community Heritage and Archives Group, which awarded the project its top prize for excellence in 2017.

There are now about 100 stories on the Qisetna website, in English and Arabic, and “hundreds more that are still in the oven,” delGado said, referring to the fact that stories are still being written, re-written, edited and translated by the project’s team of volunteers.

Together, the stories create a picture of a Syria of jasmine and old-style cafes, of stone buildings, narrow streets and markets. Inevitably the picture is tinted with melancholy.

The stories also capture the voices of the people telling the stories. Preserving the local accents and forms of colloquial Arabic that are spoken across the country, delGado said, is an important aspect of the project’s mission.

“From the beginning, we didn’t want to focus only on stories from Damascus and Aleppo. We wanted stories from remote places like Deir Ezzour or Dera’a or Qamishli [in the northeastern corner of Syria, far from the capital], that people from Damascus or Aleppo can learn from,” delGado said. “Syria is like a country of islands: the people from Latakia [on the Mediterranean coast] know very little about the people from Deir Ezzour [in the desert interior].”

Every person has a story to tell, delGado said, and in recent years he has been engaged in collaborative projects devoted to the work of presenting the stories of displaced people, in film and online.

The stories on Qisetna are told by people that delGado and others have met either face to face or through social media. Identifying a person’s story and bringing it into existence requires establishing trust between the person who tells the story and the person who records it.

“Some people would say to us, ‘Who is going to be interested in my story?’” delGado said. “Building a trustful relationship requires a lot of time.”

Fear has inhibited many from telling their stories. “At first, people would say, ‘I will write a story for you but I am afraid of putting my name on it because my family are still in Syria and I fear for their safety,’” he said. “This anxiety is real.”

In a divided society where, even before the civil war started, there was a ubiquitous bureaucracy of secret police (Mukhabarat) and informers, so people are initially fearful of speaking publicly.

And in many cases, the experience of displacement is too raw or too recent for a person to tell a story about it. “In Athens,” delGado said, “I met five young men from Qamishli who were waiting to cross into Europe. They knew they were at the mercy of smugglers to get to where they wanted to go—France or Denmark. I said to one of them, ‘I would like to write the story of what has happened to you.’ He said, ‘I want to forget this.’ I could see the frustration and trauma these people were enduring. I said, ‘It’s very painful to remember what happened, but it’s important for your daughter who is two years old. She needs to know the story of how her father crossed the border and reached safety.’ Eventually he wrote his story. He was not a writer; the people who write for us are not writers. But his story is very powerful. It’s called ‘My Daughter’s Face.’ He wrote the story because he knew his daughter would read the story when she grew up. That’s the power of story-telling.”

The Qisetna project records what delGado calls “stories from the heart” and avoids politics. In a country split by civil war, this isn’t always easy. “There are young men aged 21 or 22 who had no choice but to fight on one side or the other. We will need time to understand what happened. Young Syrians didn’t want to be part of this war,” he said. As a Spaniard, delGado is a citizen of a country that is still coming to terms with its own civil war, even though it ended before he was born. “It is the enduring desire of Syrian people to keep their culture alive that keeps me going,” he said.

There are plans to expand the project, in a way that responds to the changing face of the Syrian crisis. In southern Turkey, there are an estimated 20,000 children who have been orphaned by the war. “We want to do a workshop with them on storytelling,” delGado said. Its aim would be mainly therapeutic: “to build a community including them and the adults who look after them”—that is, working with counsellors and professionals in psychosocial support.

Republished with permission from: www.al-fanarmedia.org 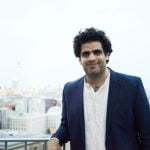 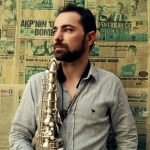