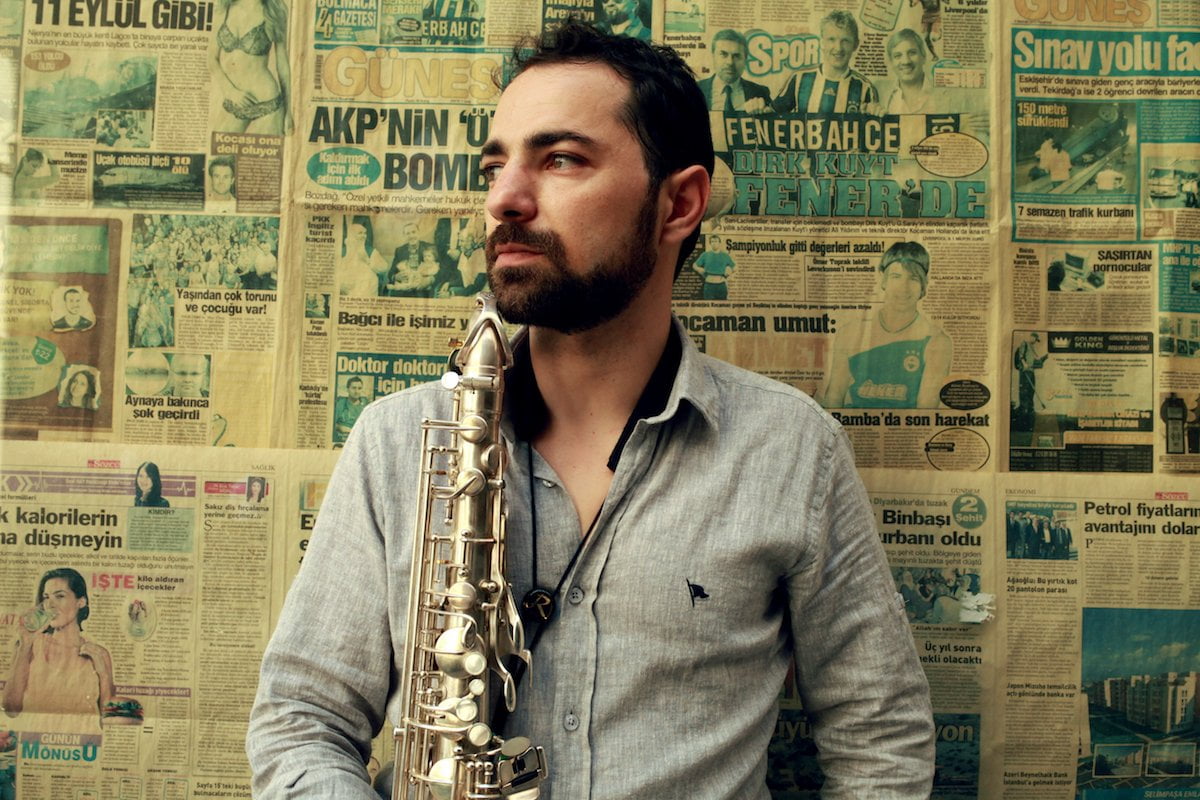 ‘I believe music can bring together what politics and war divide’

I listened to your songs; your music is unique. Tell us a bit about your childhood. How were you introduced to music, to playing the saxophone in particular?

First of all thank you, and I hope my Fusha Arabic is OK.

I was introduced to the world of music through my great family who gave me many musical instruments when I was young. I loved music very much and spent a lot my time with my instruments.

I started playing the trumpet at the age of 15. My family encouraged me to apply to the Higher Institute of Music in Damascus, after a period of academic preparation, so that I could make my dream of studying the trumpet after high school come true.

Unfortunately I couldn’t continue with the trumpet for medical reasons so I chose the saxophone because I never wanted to stop making music. I gave all my time to my dream of playing music, and it wasn’t easy for me, because of my love for the trumpet, but over time I started to love the saxophone and have done so for many long years.

You wrote on your website Soriana Project  that we think we head out without any baggage in life. Do you have any baggage from Syria, besides music?

Music might be one of the most valuable things I carry with me from Syria, in addition to the memories.

The small amount of baggage I had contained everything I had when I left in 2008, from official documents and proof of exit to some coins from currencies that could soon be redundant, photos and a disc of Sabah Fakhri music.

Your melodies are different from those I’ve heard elsewhere; they have Oriental but also Western flavours. What kind of musical genres influenced your creative process?

I love to listen to lots of different kinds of music: Indian, Armenian, Turkish, Persian, Balkan, in addition to classical and jazz. I’m still interested in finding out about more music styles from other countries. It’s only to be expected that it’s all influenced my own music but I never wanted to restrict myself to only one style.

Would places influence your melodies? Cities, buildings, parks and so on.

I think my personal experiences have had the biggest influence on my music. I was very affected by the war, by settling down in Switzerland and, most of all, when I became a father for the first time.

Tell us how the trio started. How was the idea for the Soriana Project born? How did you meet?

In Soriana, we speak English as we have an Italian percussionist. In 2009 I started working on my “Asia” album and named the band Soriana after a musical piece called “Soriana” on the album. We all loved the piece so much that we named the project after it.

“The Queen Of Turquoise” is the title of your new album. It is a very special name, is there a story behind it?

“Queen of the Turquoise”, a musical piece from the album of the same name, is dedicated to my wife who also carries the same name, “Fairouz” (Arabic for turquoise). I’ve always named pieces based on people or personal experiences.

“Gypsy Home” and “Jasmine Tree” are my favourites but what is your favourite song? (I know all of them are precious to you.) Is there a song or an album or any other kind of musical piece that is more dear to you than the others?

Frankly I can’t choose, as all are close to my heart. I love “Asia” and “Queen of the Turquoise” the most as they are more mature than any of the previous projects I’ve done.

Do you think that music can bring people together? Especially Syrians?

I believe music can bring together what politics and war divide, that is our personal experience with Soriana. For example, as individuals, each of us has different political opinions. Music brought us together before the war and the war divided us in stances and opinions but hasn’t separated us musically. We go on stage together to play the same Syrian music and feel pride in our musical programme.

I think all Syrian bands are living the same experience; even audiences come to listen despite their differing political stances. It might be one of the few things that brings everyone together.

How do you see Syria, your Syria?

That’s a tough question, as I haven’t seen Syria since the war. My last day in Syria was when we launched the “Khameer” album at the Opera House.

I want to preserve in my imagination the beautiful image of the Syria of jasmine and hope for a new generation who will build Syria with love, away from war and destruction; I see hope in the coming generations. 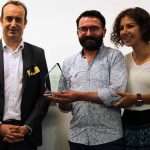 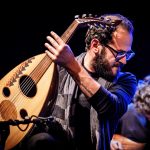