“For me, the further I moved away from the city, the more gravity it had on me”: Bassel Hariri on remembering Aleppo, embracing his roots, and mixing traditional Arab music with other various genres of Western music.

On a somewhat sunny, Sunday morning in March, surprising as that may be for British weather, I managed to catch Bassel Hariri for an interview over Zoom, crafting a time slot that didn’t take him away from his meeting with his fellow Syrians at SOAS University of London.

“We have a Syrian society where we meet with fellow academics – Syrians who study or work in London – so it’s more like a diaspora association.” Bassel informs me with a reflective nature written across his face.

With a slight hint of a London accent heard mid-way into his sentence, Bassel tells me more about the club: “We used to meet before Covid once a month, we talk about things related to the future of Syrians such as Syrian activism, constitutional identities… So yeah, this is the first meeting since Covid started so I’m very excited to see the tribe”

Activism, identity, and the future of Syrians are long running themes in Bassel’s life and work so far. A keen member of this society since 2019, started during his time as a student at SOAS University of London, Bassel tells me more about its relevance especially with what’s happening in both Ukraine and Afghanistan, and how this can help Syrian refugees bring their stories and experiences to a bigger platform.

“In the light of what’s happening in Ukraine and Afghanistan, there are more discussions around refugees and displacements…which is running parallel to Syria.” Bassel elaborates his point by suggesting a way Syrians can encourage engagement between themselves and the wider public about their plight, saying: “This is a good way for Syrians to bring previous narratives and experiences at the forefront making comparisons with the new narratives of today”

Bridging the old and new is a prominent aim in many of Bassel’s work and projects. Having “left Syria with no return” as Bassel puts it in a frank and matter-of-fact way with an air of lamentation, in December 2013, Bassel founded Aleppo Antika. Run as a Facebook group, it is a safe space to allow Syrians to talk openly about their language, local traditions, folklore, collective memory – much of which feels to have been lost over the decade of civil war.

Close to Bassel’s heart, Aleppo Antika “was a way to keep a bond with my city because I knew I wasn’t coming back because I knew the war would last for a long time.” Allowing all conversations and debates to flow, described by Bassel as an “open forum of organic exchanges”, with anything related to Syria, the project was certainly a vehicle for Bassel to remember his culture and digitally reimagine Aleppo and serve as a counter-culture to the mainstream portrayal of the city. “In a way, it’s to rebuild Aleppo – finding something that looks like us in the world of digital media which goes against the mainstream media portrayal of Syria.” Bassel tells me.

Aleppo is the running musical note in Bassel’s early life. Born and raised in Aleppo to a family of musicians, Bassel grew up with nine uncles who are all musicians. Bassel sheds light on his family tree, a long line of musicianship going as far back as the 19th century period. “My grandfather was a Sufi Mu’athen (chanter) in one of Aleppo’s most ancient mosques dating back to the 13 th century …and my great-grandfather was a prominent Sufi vocalist (Munshed). Music goes into my bloodline for at least 130 years”

Bassel tells me more about his childhood and his self-reflection about his choice of music genre in Syria: “I started playing the violin at age 6…and went to music school and studied classical music until I was 18. I quit because I struggled with the question around why I played classical music”. Bassel explains further, touching upon class and attitude in Syria, he tells me: “Syrian music is somewhat traditional folklore and classical music is considered as an
elitist culture. When I was young, I always dreamt of playing classical music abroad, as it appeared to my 18 year old self that Aleppo city was limiting my ambition. However, when the war happened… I guess we all went through some sort of transformation”

Bassel describes the shift in his perspective of Aleppo as well as his journeys to different cities, landing upon London. He says, “For me, the further I moved away from the city, the more gravity it had on me. London is the furthest I got. I lived two years in Jordan, four years in Turkey which isn’t that far from Syria but being in London I never felt more connected to my city. It’s all over me now. this is because in a diverse city like London, there is no time to be anything but living your truth”

Feeling more connected to his home city since the war first started meant Bassel’s love for classical music has been fueled. “I’m now interested in Arabic classical music. I’m all about my original culture. Our city. Our vibe. I’m really embracing my roots”

Combining his passion for his culture with his determination to bring the plight of Syrian refugees at the forefront of mainstream media discussions, Bassel is producing a new fusion of music, mixing traditional Arab music with other music genres like Jazz, Celtic and gypsy.. The choice isn’t as odd as it seems as Bassel tells me. It’s not hard to notice how our music [traditional Arab music] has so much resonance with many other musical cultures, take Scottish bagpipe for example”. Bassel tells me about the purpose behind this choice, saying: “If I, alone, came out performing my music then you will see me as the ‘other’ but mixing this with Celtic music will help draw people to engage with traditional Arab music and they will learn that all forms of music share the same core principles […] and unbeknown to them, they’ll engage with the music of Aleppo.”

Bringing different musicians and a variety of music genres together plays a central role in Bassel’s optimism about the future and its place for Syrians. Having set up a small home studio, Bassel has been playing his music from his bedroom during the Covid-19 pandemic lockdowns, live streaming it via his club “JamArabia” on Clubhouse application. Jamarabia is an open space for musical creativity on Clubhouse app .. It aims at exploring cultural diversity in the world by bringing professional and armature artists to share their music and stories with a crowd of music and art lovers across Clubhouse users. The space runs regular jamming sessions on a weekly basis where artists perform live music together (across geographies and time zones) and think outside the box, outside assigned cultural stereotypes and labels.

“Jamarabia is not a radio, nor a music streaming service. It is a space for creating fresh, authentic and human focused music and inducing dialogue that challenges all political and social norms and assumptions surrounding music making, especially in the Arab world. On the other hand, It aims at breaking away from the orientalist west-centric understanding of Arab culture (music being a part of it) and proposes a new frame where Arabic music is re-united and re-integrated with its historical origins and other cultural affiliations and where oriental music is re-positioned where it deserves”.

The results have been overwhelming. “It helped me survive the pandemic by creating a virtual safety net and a support group of wonderful artists together with nothing in common except our love for music…”

“All these activities that I mentioned to you draw a picture of who I am. I’m looking forward to writing and recording my own original music in the days to come and present to the world an example of what it feels to be Syrian” Bassel tells me. 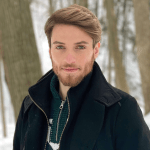 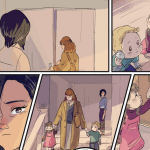