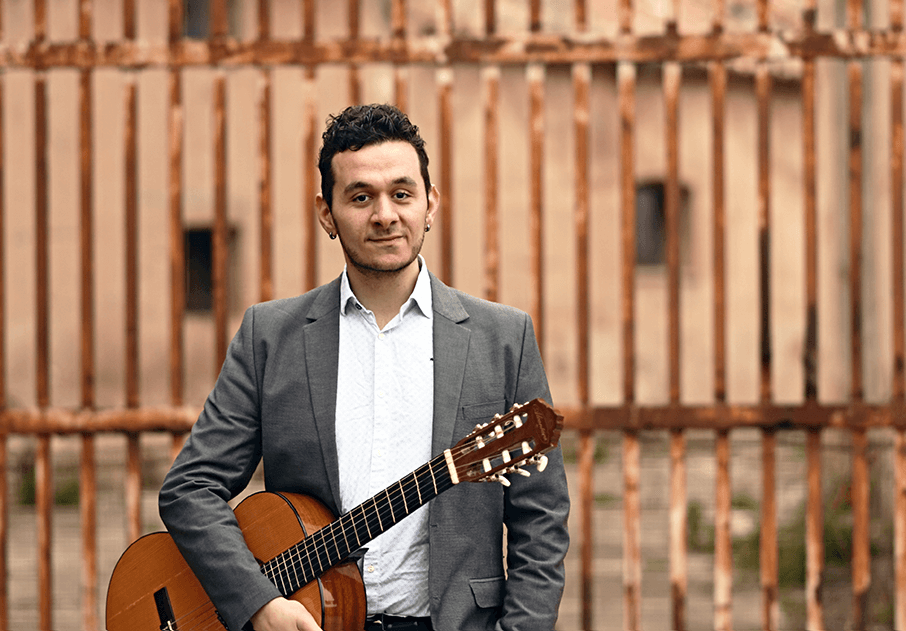 What have you been working on after your debut album, Roots?

Since my album Roots, I have been working on writing my music and developing ideas for , searching under the radar and learning about the world of guitar looping music, also working intensively on developing my didactic methods, and I am currently writing my guitar technique book.

It took you over two years to develop some of your pieces, such as River of Thoughts. Can you tell us more about what goes on behind the scenes?

There is no specific process to how I compose or arrange music; it’s mainly about the inspiration but also about accepting the idea of sitting with your guitar and spending a 6 hour session writing and composing music, then eventually using none of the written music that day. It’s the reality that every music composer runs into eventually, unless we will sacrifice the quality of written music but I want to be happy with what I write, I want to listen to my music and say: It is amazing, this music sounds cool.

Regarding “River of Thoughts” I wrote the main theme right before the beginning of the pandemic, and after many unsuccessful attempts to develop the theme, I stopped writing. Then almost two years passed and someone contacted from the sociology department at the University of Bremen and asked me if they can use one of my videos in an opening ceremony for an online Conference, so I offered them to finish my composition, to my surprise it worked well, I could eventually finish the piece, I guess it’s the deadline effect.

As a creator of original instrumental music, how do you come up with names for your pieces? For example, why “Medusa”?

First, Medusa is not my piece, it’s a piece composed by one of my biggest inspirations in the guitar world, Thomas Fellow. He is an incredible person and musician whom I have a personal relation with and keeps inspiring me and giving me advice on musical matters.

I think Thomas came up with the name “Medusa” as the time signature is very unusual, the accentuation of the notes gives the feeling of multiple paths or multi puzzles that needs to be solved at once, the movement of the left hand as well, all those elements combined makes the name Medusa a perfect candidate, I am sure Thomas can answer that question better than me. Regarding my own pieces, believe it or not, I find myself in confusion, sometimes I have two or three names that are fitting to a piece, so what I do usually is I play parts of the piece to close friends around me and ask them which of the names I chose is fitting the most.

River of Thoughts, however, was an exception. To me it felt like I could write a 30 minutes long suite with the amount of ideas I had, but I am supposed to have a four minutes piece, that’s where the name came from. The pieces’ names usually follow a specific circumstance that the creator is living at the moment of creating the work.

What attracted you to the acoustic guitar? Are there any times when you prefer to play electric?
I think Thomas is the artist who opened my eyes to the charm of the sound in the acoustic Guitar; I remember listening to Andy McKee’s pieces for the first time and was blown away with the agility and the fluidity of his music. Above all, his ability to invest in each part of the guitar body and use it as a percussive instrument. The rest is history, I guess.

E-Guitar is totally a different game. The posture and left hand positioning makes the difference between the acoustic guitar family and the E-guitars massive. I wouldn’t say there are specific moments where I would like to use the E-guitar, there is definitely a niche to the finger style playing that pickup players don’t have, on the other side they have the upper hand when it comes too fast, loud melodic parts, so it’s hard to compare.

You mentioned before that growing up with guitar while living in Damascus made you familiar with a western mentality and that this has helped you in Germany. Can you elaborate?

We know the guitar as the instrument we know today it was developed in Spain and Europe. I grew up listening to classical music in younger age, then started listening to pop music and other genres, meanwhile I couldn’t enjoy the lack of texture that the Arabic music has been suffering at that time, so I developed a natural ear for all types of semi-tonal Music aka the western music.

Is there another instrument or genre you’d love to experiment with and why?
I also learnt piano as a secondary instrument while studying my bachelor in Damascus, and I fell in love with the rich repertoire and texture that this instrument offers.

In 2019, I started taking sound design lesson with an American Sound-designer and Tone Genius, SeemlessR. My passion for electronic music and with its different genres started back in 2012 while I was still in Damascus, but I paused since I got the opportunity to continue with my master’s degree in Guitar Performance.

That year, however, I was eager to tackle into the world of sound design and master the production side of music; I produced multiple tracks under different Alias in summer 2019, and I would love to release an album in that genre, but time has been a main issue so far.

You nurture a range of ages and abilities in your teaching and workshops. But is there any ideal type of student that you especially love to teach?
Definitely, I have two types of groups that I enjoy teaching. The first group is the advanced students or the ones who are on their way to become professional musicians, the second is the teenagers in the age from 12-year-old onwards old. I can relate to their challenges and this is the phase where they start to develop their personality and the world around.

In Germany, particularly in cities like Berlin, there are plenty of Syrian and middle eastern art events; has that been beneficial to you? In what ways, or what would you hope for here?

Recently, I started getting in touch with more Syrian artists based in Germany to collaborate and exchange ideas, but when I first arrived in Germany, I wanted to surround myself with Germans in order to understand their culture well and merge into the society.

I think the Syrian Artists are doing fine here, there are definitely benefits of having Syria and middle eastern cultural organizations but as an artist it’s very beneficial to absorbs other cultures as well in order to come up with a unique identity, hence why crossover music is very popular around the globe.

After eight years in Germany, do you feel settled? And how does that affect your work?

I definitely feel established and kind of settled here, but this is not the end of my journey. The future is looking promising, and I hope to continue to discover as many countries as possible. Regarding my work, I believe the idea of wanting to move around and live in one country motivates me to push harder and think in more of a global way than just a European or German way.

Now that travel is easier for you, what are some cities you’d love to play in one day? Are there any venues you’d love to fill?
Cities, definitely to mention a few: New York, Montreal, Toronto, Boston, Moscow, Madrid, London. Regarding venues, I don’t have any particular venue; I am happy playing at any venue as long as there is an audience. I prefer playing a small cozy venue with a great audience than playing in Carnegie Hall for an almost empty hall.

What makes you proud?
Having influence on other humans, the younger generation to be specific, to make them appreciate art and raise the standards realistically. Seeing the audience’s emotional response after playing a concert.

And finally, what’s next for Aladdin Haddad?
There will be at least one album coming next year, maybe a double album, lots of concerts in the next two years. Multiple projects with other musicians, including one I already started with the amazing Cellist Athil Hamdan. I will publish technique Guitar Book in 2024, and finally some electronic music.

…if I still have time, I want to make people dance and smile. 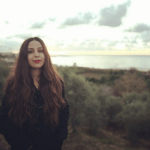