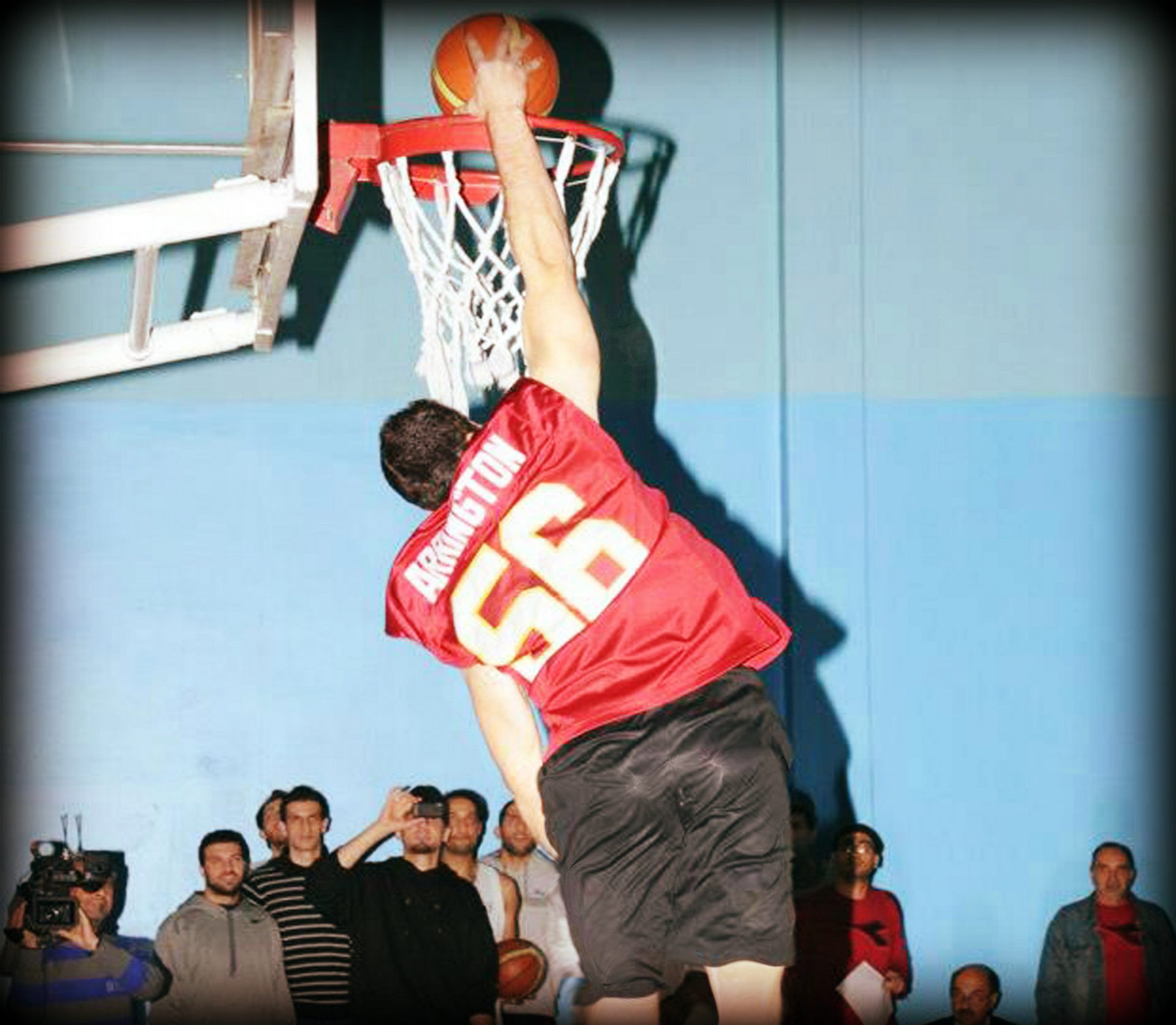 My mum kept asking me to play basketball for two reasons. She  did not like the current sport I was participating in – Greek wrestling. The second reason was to encourage me to do something I had never tried before.

I hoped to join a well-known team in Aleppo. But then I heard about a different team which was a little less famous, but much better known for giving new players a chance. I only planned to play for the summer. I had no idea I would love the basketball so much I couldn’t stop playing, not for even one day.  I became one of the top five players on both the under 18 and under 21 teams, and I was able to sit on the bench with the first team.

At this point I was playing the position of Power Forward. I was two metres (6’5″ feet) tall and weighed 100 kilograms (220 pounds).

When I was 17, I was invited to the National Team Camp (first team). I felt so honoured and proud. Being with all of these Syrian stars was amazing.  Most fans just wanted to have their picture taken with them. I had the opportunity to practice and play with them.

I was the youngest player at the camp. My goal was to prove to the Serbian coach it was not a mistake to invite someone so young.  My hard work paid off. I was chosen as one of 12 players to represent the nation.  I played with the Syrian National Basketball team until the end of 2012.

There really are no words to describe my life before the crisis started in Syria. It was heaven on earth. I am familiar with all cities in Syria, because we used to travel as much as twice a week. My team, my friends, the coaches, the managers and fans all left a unique mark on my heart.  Especially my team members – the way we competed during practice, but became one when playing against other teams in the league.

At one point, my team was half-Muslim and half-Christian. Our original day off was Friday. But we asked to take off one Friday, then the next Sunday, and so on. We were more than just a team. We were family.

I was in Damascus for the national team camp just before Christmas 2012.  We were given the week off for Christmas and New Year, so myself and the other players from Aleppo flew home.  As we were landing, the airport came under attack.  It was truly terrifying. After a long time, we were able to land.  But this was not the worst part.  We now faced the journey from the airport to the city centre. I still remember the snipers shooting at our cars, the bullets all around us. We were scared to death.  I didn’t believe we will make it home.  None of us had realised the situation in Aleppo was so bad.

Our flight was the last flight to land or depart from Aleppo Airport.  We were unable to return to the camp. Only a month later were we able to catch a bus from Aleppo to Damascus.  A few months later, the camp was cancelled  altogether and we were not able to join the Champions League.

I returned to Aleppo.  I knew in my heart I had played basketball for the last time. The situation was becoming unbearable.  Most of my friends had left the country. Soon there was no one left.

I found a job in Beirut, so I packed my bags. For the first time, I didn’t include  my basketball kit. In Lebanon, it was almost impossible to play, as they did not have many teams, and each team was only allowed only one foreigner.  And Americans usually filled this spot.

Do I regret leaving basketball? Yes, definitely I do. If I had come directly to Turkey, when I was in shape and practiced consistently, I could have joined the second league. That would have been much better than not playing at all. But what is happening in Syria is killing our dreams and souls, before it kills our bodies. 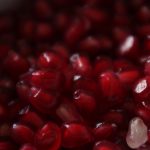 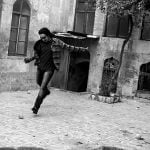 Don’t give up playing basketball just because you’re not in shape right now!! don’t say that what’s happening in Syria is killing your dreams!!
Your dreams should never be killed not by a war and not by a hurricane!!
If you believe in something you get up on your feet and you make it happen!! don’t make up excuses..
You can play basketball anywhere.. you don’t need to know the language of the county even.. you just play and put your heart out on the court!

If reading what I’ve written in “Exploring Syria Through Basketball” got you inspired to express your feelings.. Then I hope that by reading this comment, you will wake up next weekend, go find a local basketball court out on the streets somewhere.. and just play for fun.. at the end.. we play because of how the game makes us feel… Happy :”)

Many thanks for your inspirational words and support. I highly appreciated.
I have not play basketball professionally since almost four years.

In its fifth year, the crisis in Syria has spiraled into a brutal conflict that has severely impacted regional stability and resulted in a continuously worsening humanitarian crisis. The Syrian cause mass displacement, where there are more than eight million Syrian internally displaced persons and over five million refugees of which around two and a half million are in Turkey.

As a Syrian it is my duty now to be in the response side of this crisis. I am much honored of being a part of a great team that is not good at basketball but great on a noble mission has helped the most vulnerable refugee households meeting their most urgent and critical needs and emergency responded to most extensive displacements inside Syria.

Being a professional aid worker is a way more important for me than playing basketball.

Best wishes and thanks 🙂