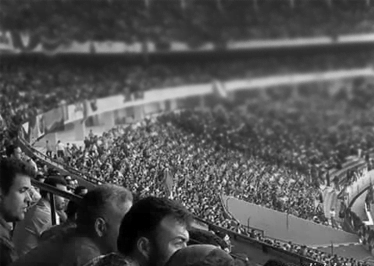 Most of Syria’s football teams used to play on Fridays. As we were big fans of football, we used to wait impatiently for that day.

There were two first class football teams in Aleppo – Alitihad, and Alhourieh. But most people supported Alitihad.

When they used to play, there would be at least 40,000 people watching the match, even though the stadium was only supposed to fit 25,000. You would find a crowd whatever the weather – cold, rainy or extremely hot. We used to go there every fortnight, until Aleppo’s International Stadium opened, which could fit 75,000 in. When there was a match on Friday for Alitihad, my friends and I usually planned on Thursday how we would get to the stadium to watch it. Those with cars would give the rest of us lifts. We would decorate the cars with red flags and the team’s photos. Yes, I thought it was crazy, but it’s nice to be crazy sometimes.

On Friday, we would arrive at the stadium an hour early to find good seats. Then the singing started, with us fans doing Mexican waves to show our support for our team. We used to stamp sometimes, until we felt that the stadium was about to fall down. I thought this was a good way of distracting the other team.

Halfway through the match, there would be a break. Some people would go for drinks and sweets, others would go for prayers, and others still were too excited to move from their seats.

When Alitihad scored a goal, the stadium would go on fire with happiness. It was like life came back to people after a long time.

If the match finished in a victory, we would go out into the streets celebrating. But if Alitiahd lost, we all fell silent.

After every match, it used to be so crowded in the streets. There wasn’t enough public transportation for everyone, so you could have to walk for an hour or so, or find someone to give you a lift.

My friends and I would keep talking about the match for hours, and try to work out why we’d lost or won.

When Alitihad scored a goal, the stadium would go on fire with happiness. It was like life came back to people after a long time.

In 2010, Alitihad won the Asian Football Confederation cup. The final match was in Kuwait, so we had to watch it on TV.

Our house was a bit small, so not everyone could fit inside, but we had a huge terrace. I took the TV out to the terrace and we all sat there watching the match and drinking and smoking. I didn’t smoke, but most of my friends did, and anyway the match was more important than a few fumes.

Both teams were equal till the 70th minute. It was scary. The Kuwaiti team scored a goal, and we were all disappointed. But soon after, Alitihad scored one and brought our happiness and excitement back.

The game went into extra time. The score remained equal. And then they had penalties.

The Kuwaiti team missed a chance, and then, the youngest player of Alitihad team, the 17-year-old Radwan Kalaji, scored a goal. Which meant we won.

We were very happy. It was such a remarkable day for all of us. The celebrations went for hours,and we all went to the airport to welcome back our favourite team, and celebrate the cup with them. 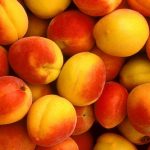 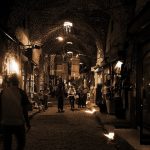