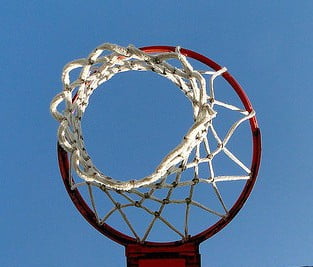 I scored my first basketball shot back when I was seven years old. I was too short and my arms were weak, so the average size seven ball wouldn’t reach the hoop.

My father bought me a size five ball instead. I was so excited to score just one out of fifty attempted shots.

I have been playing basketball for the past 18 years now, and I still love it. I even coach young kids how to play. When I started playing, basketball was a family activity, as my sister and two cousins started with me at the same time. But as the years went by, my teammates became my family, and my coach became my mentor.

We used to travel to various cities around Syria to participate in championships and play against other clubs. I still remember my first trip with my team. I was about nine years old and it was to the city of Suwayda (As-Suwayda, also spelled Sweida or Swaida), in Southern Syria. Our coach was kind enough to take us around the city to look at the historical monuments and the black stones the city is famous for. Of course, we only got to do so after we drank our morning milk and ate the breakfast of champions.

At the age of twelve, I was lucky enough to join the Damascus team. Two times a year, during the school break, we would go to a basketball camp and play against teams from other cities. Those camps went on until I finished high school.

The best memories of my childhood were made in those camps. We would travel to new cities, explore new cultures, walk new streets and taste new cuisines. It was a chance to get away from our families and bond with players of diverse backgrounds from all the other teams. At night, we would play the derbake ‘goblet’ drum, sing and talk all night long. Yes, we were competing for the title. But we were also making friendships that would last a lifetime.

As we all grew older, my teammates and I started organising trips to simply go around Syria and explore new places. Sednaya, Ma’loula, Quneitra, Ras al-Bassit, Palmyra – the list goes on. If it wasn’t for basketball, I wouldn’t have memorised the streets of Aleppo or managed to see the waterwheels known as the Norias of Hama.

Today, despite the current situation in Syria, kids of all ages and in many cities are still joining clubs and learning the sport. Hopefully one day, they will grow to have an experience like mine, and will have the chance to explore Syria through basketball. 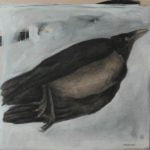