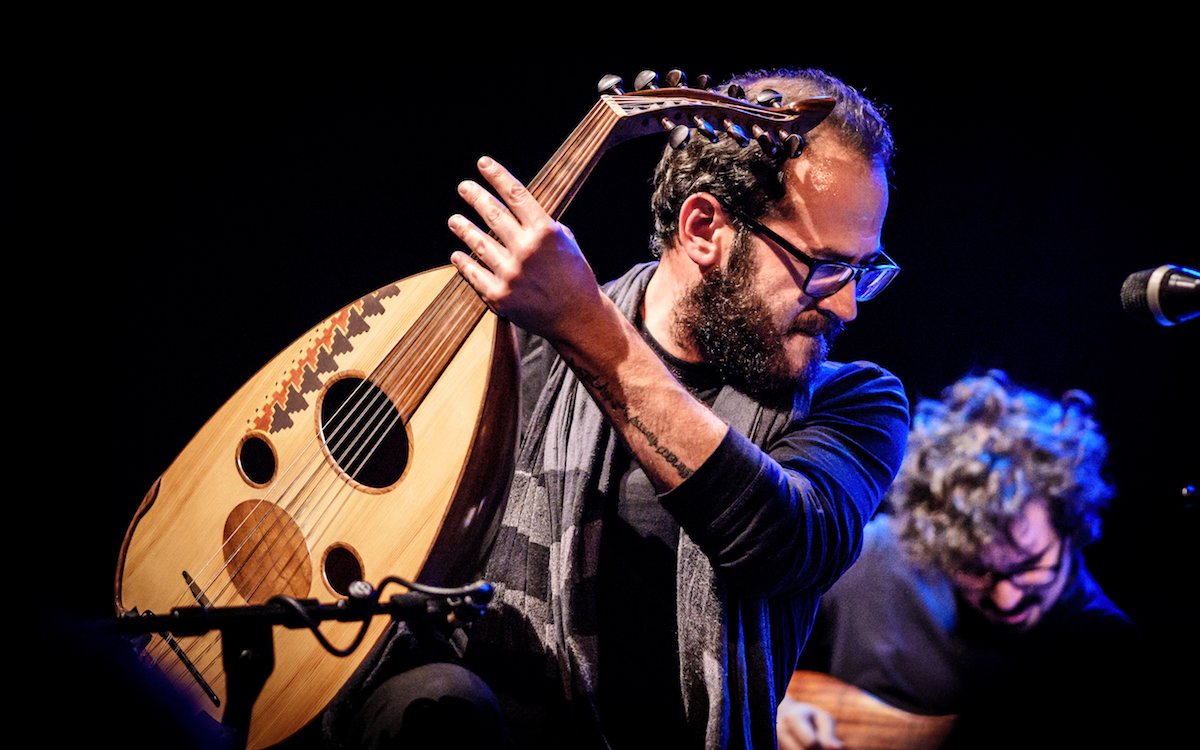 ‘Music is a way of survival’
An interview by Almajd Ahmad

How would you like to introduce Orwa Saleh to the world today?

My name is Orwa Saleh, I’m a Syrian oud player and composer based in Vienna. I was born in Damascus, and I lived there until I had to leave in 2012; since then I have been searching for a home.

How did you discover your passion for music? When did your experience with the oud start? And how would you describe your relationship with this instrument?

The oud was not my choice; I was too young to choose. My mother made sure that each one of her four children played an instrument, she even chose our instruments. The two girls learned classical instruments and the two boys learned Middle Eastern instruments. Only I and one of my sisters made it as professional musicians.

When I was a kid, I didn’t like my instrument; it was too big for an eight-year-old boy and, then, not that hip for a teenager. I wanted to learn guitar like everybody else but I didn’t, I kept on practising the oud for hours and hours, graduated from the youth music school, went to Lebanon to study and then it was back to Damascus to finish my studies at the Higher Institute of Music.

Growing up, I never listened to classical Arabic music, I went through phases of jazz and rock. But I kept on studying; I developed my technical skills as an oud player in addition to improving my understanding of its theoretical aspects.

In 2004 a bass player that I knew back then asked me to start a project with him. I started to compose for the first time, reflecting years of listening to rock music and years of practising the oud, and it was the first time that I was happy that I did not play guitar. With this project I started to love my instrument and understood that it is nice to be different.

I started experimenting with the odd metres and writing rock riffs using Arabic scales and an oud voice; these early things led me to have the career I have right now.

You were born in Damascus: the city of jasmine, comforting aromas, the smell of warm morning coffee, of friendships and good company, and much more. It’s interesting to read some of the titles of your pieces, they somehow suggest nostalgia and sadness. Does migration impact you and your musical vision more than the environment in which you grew up?

I was born in Damascus, and I lived a life that reflected the eastern charm of this city. I smelled the jasmine and coffee, listened to traditional music played in the coffee shops and walked through the old town, and as a musician, this heritage has played a big role in my career. But I was affected by modern Damascus as well, the busy city with millions in the streets, the rush hour, the pollution and the noise. This combination of jasmine and car fumes pushed me into using Middle Eastern elements in a contemporary way.

I never thought that I would live anywhere but Damascus and, when I had to leave in 2012, I bought a round flight ticket thinking that I would be back; it took me five years to return.

My first album in Austria was called Raheel (Departure). And what hurts about my raheel was that I didn’t know that I was leaving. I think if I knew it then I would’ve walked through the old town for hours trying to collect images in my brain, I would’ve met everyone I know, I would’ve hugged each member of my family and I would’ve tried all sorts of food. I still regret that and I think this regret was the second time that Damascus influenced me deeply, as a human being and as a musician; each tune of the Raheel album was, for me, a journey to a street that I loved and the regret of not saying goodbye!

In your view, can the oud develop further technically? Could the oud become more relevant and connected to other music genres, become more flexible?

In general, I think the oud is already relevant to various music genres. It is the most developed and flexible instrument in the family of Arabic instruments, therefore oud players have been performing in many different styles and formations for years now and it is a common thing to have an oud player performing at a famous jazz festival or playing with an orchestra.

However there is always room for improvement and, for me, advances are particularly needed in the way in which an oud is made, so that it is easier to tune and to amplify. Since the applications of this musical instrument have varied recently, oud makers have been able to introduce some improvements; in the last 20 years we have witnessed the first electric oud and a semi acoustic one.

Could you tell us a bit about the Ruh Contemporary Arabic Music project? And the other projects you’re currently working on?

Contemporary Arabic Music for me is not a project, it is more like a field of work, a musical style.

Ruh was my first project in Austria, starting from scratch, performing in small jazz clubs in upper Austria in 2012 until it won the integration prize as the best cultural project in the city of Linz in 2014.

Back in 2012 I got to know a Turkish bass player (Uygar Cagli) in Linz and together we started this project, slowly we were able to extend into a trio with an Austrian percussionist, a quartet and more, performing all over Austria and even beyond. With Ruh we also started an annual project called Ruh featuring a Syrian abroad where I was able to invite Syrian stars living abroad on small Austrian tours. That project allowed me to play again with Currently, I am focusing on just three projects: the Orwa Saleh ensemble, which is a relatively new project that I launched in 2017 in Porgy & Bess [a Viennese jazz club], a duo with Basma Jabr and the MIT project.

MIT is an unique project where I perform with musicians whom I would love to have as teachers, not just as band members: Christoph Cech, who’s one of the most famous jazz pianists and composers in Austria, he brings years of experience as the director of the jazz at the [Anton Bruckner] University in Linz, and Andreas Schreiber who’s expert in modern music and free jazz. This project is always challenging as what we play is far removed from standard Middle Eastern music; there I always have a space to try new things, to learn and to develop myself as an oud player

Can music without lyrics do enough to communicate your message to audiences from various backgrounds? Will instrumental music be enough for you or might you consider different experiences in the future, such as songs?

If you think of music as an industry, each tune you write is a product that you want to sell, and the audience are our customers; the variety in music between instrumental music, songs, different genres and styles is needed and demanded by the market itself.

Every cultural creation is enough, as long as it expresses the feelings and the thoughts of the artist who created it. What I want to say with music is not really a message, music is more a tool that allows me present my feelings and thoughts. At the moment I can do that and I am satisfied with instrumental music as a tool. Maybe in the future I might feel a need to develop or extend my tools and try new styles; I’m more than open to that.

Are you satisfied with your standard of performance and recordings so far?

I don’t think that I will ever be able to say that I am satisfied with my standard of performance or recordings. After releasing and playing on more than four albums, to be honest, I can never listen to my recorded music. Whenever I listen to it I always feel that there is room for something better, a change here or there, but at the same time I try to give myself a break. In the end, I cannot compare my achievements in Austria with the achievements of Austrian musicians, we live in totally different conditions. I came here in 2012, and at the beginning I had to start working in a restaurant to have an income and I knew no one here, so I had to learn the language, rebuild my network and start performing again.

So, in general I am not satisfied but I enjoy the small successes as much as I try to embrace the failures.

From a critical point of view, and after your experience of and interaction with Western music, what is missing from Middle Eastern music that might be added to it to enrich it further?

I’m not sure if I’m the right person to answer that question.

There are many researchers and musicians who have specialized in this field and have carried out research into this who may be in a better position to answer.

But what I think is that Arabic music has achieved much broadly, and this development is marked by the multiplicity of the maqams and its rich melodies, but at the same time, I think its harmony still lacks a theory that takes into account the specificity and individuality of Arabic melodies and scales.

One of the meanings of your name is evergreen tree, the tree whose leaves don’t fall in winter. Orwa, can music bring us closer, and help us find salvation from the long sad winter which our country has been going through for so long?

We lost friends, families and homes and we became enemies. This war has touched and changed the life of each one of us, and left us helpless, unable to make a difference on the ground. Music won’t be a salvation and won’t end a war. But it is a way of survival, a survival that will keep our souls, heritage and culture alive. 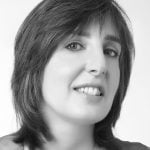