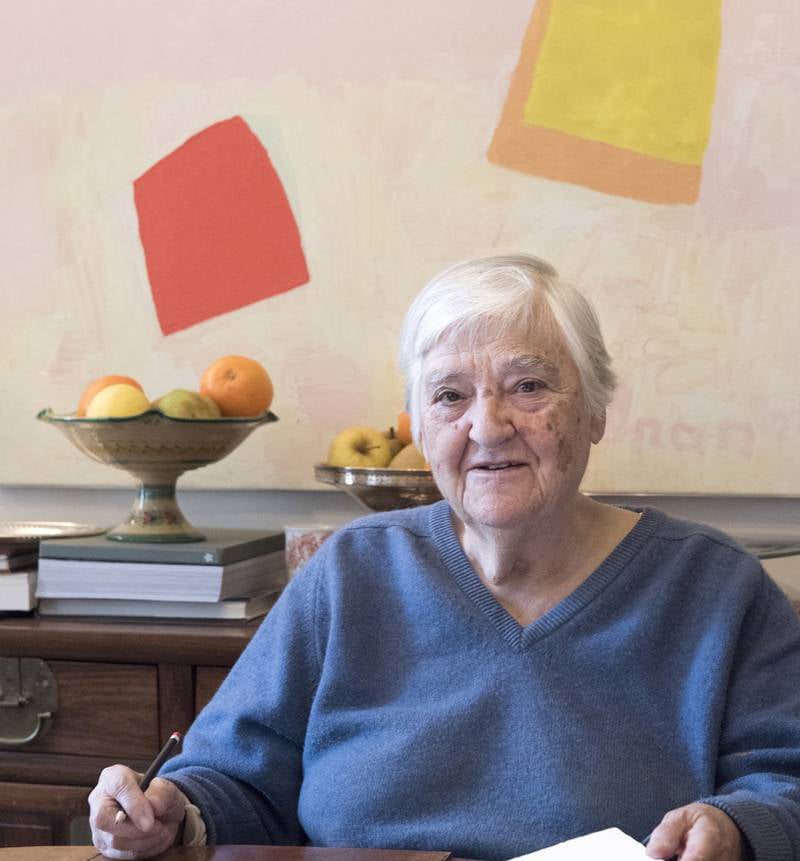 The poet, writer, philosopher and painter Etel Adnan left us at dawn on Sunday, November 14, 2021. She left this world from her home in Paris, where she was living with her companion and lifelong partner, the sculptor, writer and publisher of Syrian origin, Simone Fattal.

Since her departure, I have followed what has been written about her by her friends, by her publishers and translators, by people who have contributed to the circulation of her paintings or wrote about her, or simply by the ones who read her texts and stopped in amazement in front of the colored landscapes that characterize her work not only in painting but also in weaving. In fact, it is very difficult to summarize her nearly century-long existence. Etel Adnan was also an excellent art critic and taught aesthetics in the United States. She worked as a journalist in the 1970s and contributed to the development of cultural journalism in Lebanon and the Arab region. She has written for theater, opera and cinema, and even directed a film called Motion (2012), featuring shots she had taken of New York City in the 1980s. She wrote in French and English, translated many of her works herself and “painted in Arabic,” as she used to say, this language that was taken from her due to the French mandate over Lebanon (1920-1946), where she was born in 1925 to a Syrian father who was an officer in the Ottoman army and one of Kemal Ataturk’s schoolmates, and a Greek mother from Smyrna (today, Izmir in Turkey).

Etel Adnan crossed  continents and frequently traveled. She lived in Beirut and California, specifically in Sausalito, near San Francisco, where she formed what can be described as a deep friendship with Mount Tamalpais, that she painted over and over and frequently described in her writings. More than ten years ago, Etel Adnan moved back to Paris, where she studied literature and philosophy in the 1950s. Paris, the city where Etel Adnan first met the world, is the same city she left us from. Etel is abundant. The languages ​​and forms of expression that she practiced to express her vision of the world are multiple.

Etel Adnan is also an activist who has joined her voice to many of the major causes that moved the twentieth century from the Vietnam War to the Palestinian cause, the civil war in Lebanon, the civil rights movement in the United States, the Algerian war, and many other feminist, political and environmental issues. Personally, I was attached to Etel Adnan, the historian. Yes, historian. Etel Adnan had an extraordinary ability to write history through a poetic vision resembling a prophecy, a vision that transcends a specific land or event to link a series of events and places back to the creation of humanity, to the original conflict, to the root of what we are experiencing today as Arab and global wars and disasters. Etel is a prophet.

It is enough to look at that arrow in the title of the poem “Beirut Express → Hell”, that she wrote after the events of Black September in 1970 and the death of Gamal Abdel Nasser (1918-1970) and the establishment of the Phalanges in Lebanon, to realize the breadth of Etel Adnan’s vision and understanding of the present through its relation to a violent, continuous past. Etel Adnan predicted the civil war in Lebanon (1975-1990), and she described its beginning with words and drawings in “The Arab Apocalypse”, that she wrote between 1975-1976, although it was not published until 1980. “The Arab Apocalypse” includes 59 poems numbering the days of the siege of the Tel al-Za’tar camp, narrating the war and predicting revolutions and other wars to come, such as the sun that will “cut Syria in two.”

And though Etel Adnan does not write in Arabic, she is an Arab writer and artist. In several interviews, she repeats and repeats that she is Arab because the Arab region is constantly suffering from colonialism, wars and defeats, and that the succession of these disasters forces her to remain Arab despite her French education and her adoption of the American culture in which she found another source of inspiration, writing and drawing. Etel Adnan loved nature, language, jazz music and cinema in America, thus she created a bridge between California and Beirut crossing over cities, continents, rivers and seas, the sea that she always wanted to be close to. And if Etel Adnan did not spend her last years in front of the Beirut Sea, the fame that came a bit too late finally allowed her to buy herself an apartment overlooking the English Channel in Erquy, France. In Erquy, in front of a large balcony overlooking the sea, I saw Etel Adnan for the last time in the summer of 2021, and I am so grateful to have once seen Etel Adnan looking into the depths of the sea.

Birds fly even under the rain

These lines are not enough to pay a tribute to Etel Adnan. As she once told Simone Fattal, with her passing the universe loses its best friend. Whoever knew her and was touched by her light, has today lost a friend, an inspiring and funny woman who always called for enjoying life, love and perseverance despite the certainty and inevitability of endings. Lebanese writer and historian Fawaz Traboulsi says in his elegy for Etel Adnan, that he posted on Facebook on the day she passed away: “Whenever I like a text by Etel, I translate it.” I think I understand what it means: when one reads a text by Etel Adnan, they feel that these are the exact words they were looking for to express their emotions towards both the beauty and violence of the world. Etel is generous. She gives you her words and art with ease, even if she seems incomprehensible at times. Etel Adnan wrote for the world and with the world, weaving an interwoven dialogue with the texts, sayings and works of other poets, philosophers, painters and prophets. Read Etel, translate her, and every time you eat a piece of candy remember her too. Etel Adnan was an eternal child who loved sweets and sugar, she was both ancient and contemporary. Etel Adnan came to us from ancient Syria, Syria before the borders, and she never stopped taking us with her to the future, to the sun, planets and stars where I imagine her hovering today.

Farewell Etel Adnan, may we meet again in another world, and my deepest condolences to dear Simone Fattal and all her friends and loved ones. 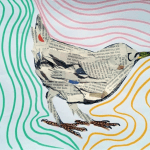 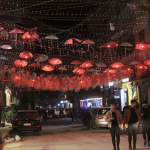