Abdullah AlKafri is the Executive Director and a founding member of Ettijahat (اتجاهات ), an organisation that seeks to promote independent culture throughout the Arab region by supporting and nurturing independent artists and their work. Abdullah reflects on the original motivations behind Ettijahat, as well as the new challenges faced by the constantly shifting social, economic and political environment.

Abdullah is currently a professor in the history of theatre and playwriting at Saint Joseph University of Beirut, where he is also finishing his PhD. He has been involved in the dramatic arts since a young age, surrounded by family guests who were writers, playwrights and actors, he was strongly encouraged by his parents to study theatre. ‘I still remember the first performance I saw when I was sixteen in the Damascus Citadel. I was really astonished that the artists were suddenly on stage, that they came from nowhere. The performance was by Syrian director Naila Al Atrash. I didn’t know much about theatre at the time but I was fascinated by this sudden change from nothing to everything.’

How do your multiple roles of student, professor, practitioner and Ettijahat director fit together and inform each other?

I cannot separate the roles, they are all combined in a way, working in an organisation with other colleagues. It is a very unique opportunity to be in the position of practising within the artistic field, whilst being involved in academic life and to benefit from both. I am teaching, working as a dramaturg and part of advisory committees,  whilst keeping direct engagement within a practice. I am fortunate to collaborate with artists from the region, so I can always see what is going on in the Arab scene. The opportunity to work with Ettijahat for eight years has given me the space to think about the relationship between the art scene and the bigger picture. I am currently working on a project called ‘Reinventing the margin’ – an online platform with contributions about theatre and migration with many original pieces, including some by myself.

Ettijahat was founded in 2011, was it an idea that emerged over time or was there an important moment that motivated you to initiate it?

Two things. Firstly, by observing what were the specialties of the Syrian arts scene and where there was a need to create different levels of organisations to serve this scene (by scene I mean, all the independent practices and culture). It was a focus on research and thinking about alternative ways of organising the sector, how to reflect and respond to the new needs as the cultural scene shifts. Also, at this time (2010) we were questioning how this scene could be linked to the regional context.

In 2014, we moved to Beirut and questions of displacement arose, and then of exile. Thinking about how to keep working inside Syria, as well as supporting those who had moved to surrounding countries and the new history of Syrian refugees. As more and more people were forced to leave, we had to think about how to expand the network to support artists that had moved further, such as to countries in Europe.

In 2017, we began thinking about ‘artists-to-be’, asking ourselves how we could encourage artists to join the scene through different platforms and tools and introducing artistic education. We were also focusing on using the digital platform as an alternative way of occupying public space and a way of making the connection between Lebanon and Syria, and Syria and the world.

You’ve described Ettijahat as a model of an intermediary organisation, how do you position yourself between the artist and the wider context?

Artists consider their work, selves and tools as a method of expressing their views and engaging with questions both through physical interventions or online. As an organisation involved in this independent art scene, we have to think about what is the best way to accompany these questions that the artists are raising and how we can be most useful in helping respond to the challenges that the artists start to face? What support can we provide through promoting the culture and content and creating opportunities to link the scene to international platforms.

It is about working with these socially engaged art practices but also reflecting on the new forms of their work and how to respond and support them. There is also the question of protection and the safety of the artists. We are responding to this in very practical ways, in 2019 we initiated a legal program to provide different types of support that also had new elements introduced to address the pandemic. The question is, how as an intermediary organisation can we best position the artists.

Obviously the digital realm itself is an entirely new space for art and expression, how has this influenced and challenged your work?

There is an assumption sometimes that digital means that you are immediately accessible. Many people do not have the know-how, the facilities or they cannot afford it. Also there is discrimination within the algorithms where countries ban things and monitor what is shown. We have to focus on how to engage with creating original content for the platform that raises questions of the region, the artists and what they want in connection to the world.

How do you connect with artists, do they approach you for support?

Most of the work is through the open call. I am proud that the biggest number of any applications to open calls comes from inside Syria.. Nearly forty percent. Artists within Syria know and trust us, but the challenges of producing work inside Syria is entirely different and more complicated than outside.

We also mix communication to reach a new audience, engaging with the Levant region and in new territories such as Europe. We are always trying to raise questions of diversity, questions of protection and reaching the margins. I believe more and more that the ‘margin’ in the Arab regions is becoming the centre. The centre of these countries like Egypt, Syria or Lebanon has dispersed and the margin is becoming this new centre. The margin not only includes artists at risk but technicians, LGBTQI+ communities and refugee artists and we are trying to understand the new narrative that is coming with all of this and position it, not only to produce content, but also narratives about the questions of civic life.

Artists in the Arab region have few opportunities and the government institutions serve less than ten percent of the needs. It is important to build a relationship – we encourage artists to re-engage with us after three or four years and we want to find ways to provide alternative support rather than solely direct grants.  Previous artists are commissioned for online content or to participate on other platforms. They can also become researchers or mentors to new artists. The question of ‘post-production’ support is an important consideration and how can we be most useful to these artists over a period of time.

You relocated to Beirut in 2014, but Lebanon has also seen humanitarian catastrophe and crisis in recent years, how has this affected your work?

Lebanon is a very essential and important lung for Syrian dependency. Until 2012 it was where many artists moved to find a platform for their work. It is important to give back some of the support that the independent Lebanese scene provided to the artists. We are committed to engaging with questions and challenges that are experienced in Lebanon that may be similar to the Syrians, they are not the same situations, there is a different complexity but the tactics that have been developed in response to various crises could be shared between the two nations.

What challenges does Ettijahat face in the coming months and years?

The world is facing a complicated moment. Putin’s invasion of Ukraine has brought an unexpected level of vulnerability, questions of injustice and the undermining of networks and protection. It has also had a major effect on other priorities – Syria is an ongoing crisis but at the moment it is not a priority, there is a  ‘Syrian fatigue’ existing more and more. So how as an institution based and rooted in the Arab region do we ask questions about keeping the relevancy of the narrative?

I believe artists from the region that move to Europe have incredible experience and are capable of sharing these experiences through the platform. In the Arab region, the challenge of poverty, the economic situation, and concerns over safety are rising and it is a constantly unstable situation that makes marginal initiatives increasingly challenging. The new generation of artists however have the possibility of acquiring passports from other regions, there is greater mobility and therefore it is a chance to return to the regions and re engaged with this artistic scene. I also think there is some awareness in the world, perhaps not in the most powerful positions, but within the citizens, about the injustice being experienced and a refusal more and more to accept it. Syria and the region has shown itself as a model of incredible resilience and we want to demonstrate this through joint initiatives with other institutions. How to keep Syria relevant in world conversation, link it to the global scene and the diaspora is going to be a strong challenge in the coming years. 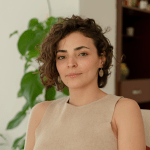 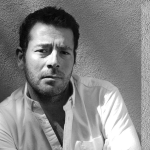