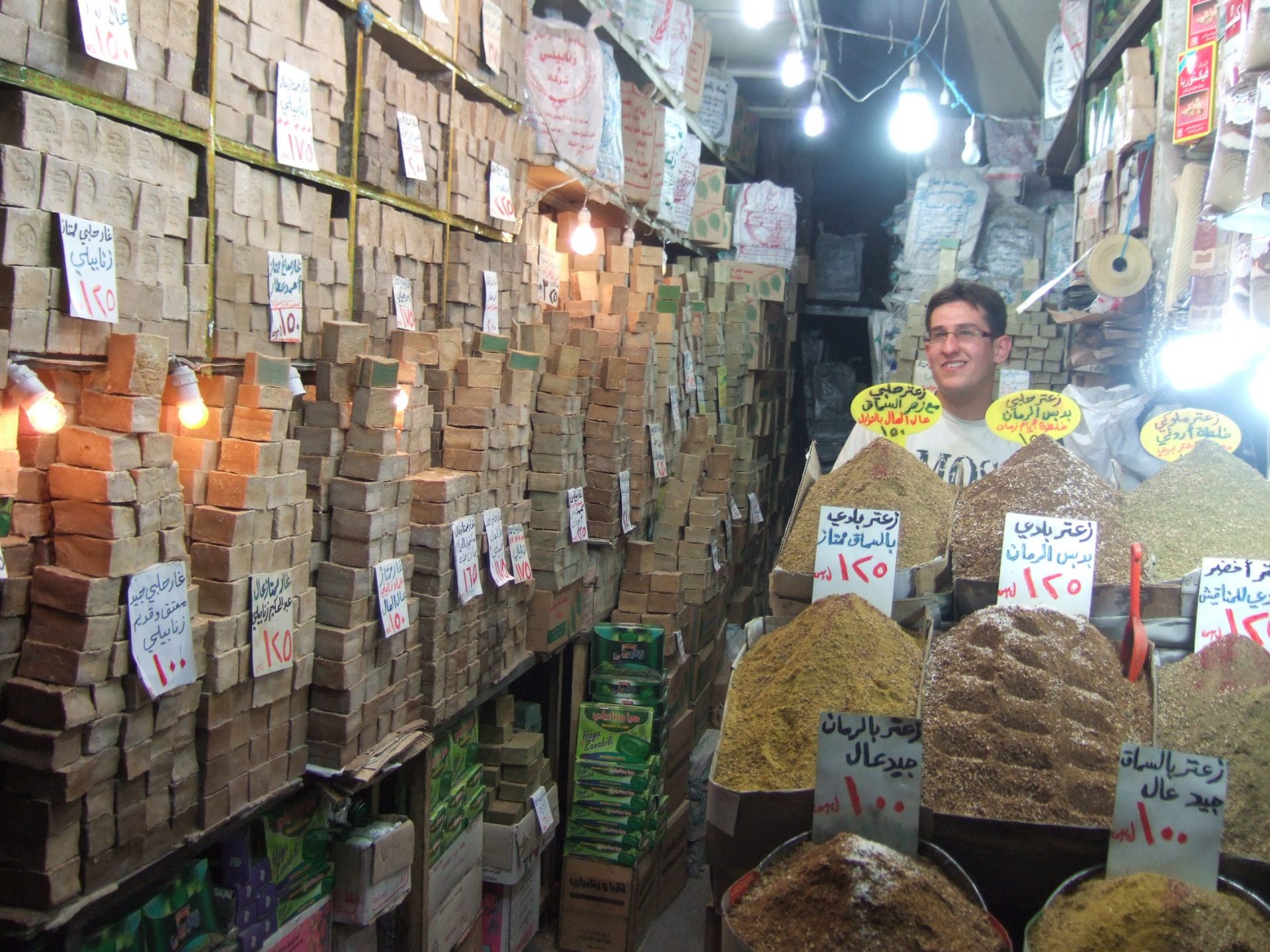 When I was a little boy, I used to hear my father talking about the “Mdayene”, a name used by Aleppians to describe the old market.

Mdayene consisted in turn of many smaller markets. I went there with him every Thursday. He had work to attend to, and then we used to hang out between the Great Mosque, Aleppo’s citadel, and other old markets.

There was a famous one called “Souq al-Attareen”, (The Perfumers’ Market). When we approached it, we could smell all the spices mixed with the scent of Aleppen thyme and Damascene Algal, a mixture of herbs and dried flowers. Naturally, given that I didn’t know anything about these old souqs, I used to ask my father: “What’s this?”, “Why is that?”.

They also sold there the renowned Aleppian Soap.

My father said it used to be called “Souq al-Abbareen”, and that it was bigger. Clothing merchants bought some stores and joined it to their own, nearby, “Abayat market”.

He also told me an old story. In this souq, a long time ago, there was a customer who wanted to buy some spices. He approached one shop but the seller said: “Go to the other store in front of me, the one that has a chair against it – he has better spices” The guy went and bought his spices from the other store. Then he came back to the seller and asked: “Why did you send me there?”

The seller said: “I’ve already done my first sale for the day. My neighbor didn’t. You see, the man who makes his first sale of the day puts his chair inside.”

In the past, my father concluded, men wanted the best for each other more than they did today.

When I grew up and went to college, I used to walk through old Aleppo a lot, as if I had a premonition it was my last chance. 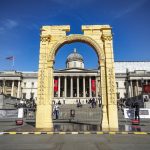 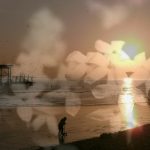