Ayman Jarjour is a Syrian Classical Guitarist who started learning guitar in Damascus, Syria with Nabil Ghrewati. He also studied with Neil Anderson at New England Conservatory in Boston, Jose Luis Rodrigo at the Royal Conservatory in Madrid and Sharon Isbin at Juilliard in New York.

Ayman Jarjour has performed in the Middle East, Europe, the United States, Africa and the Far East. He performed the world premiere of Olympus (concerto for guitar and orchestra) by Evis Sammoutis, the Syrian premiere of Rodrigo’s Concierto de Aranjuez with the Syrian National Symphony Orchestra conducted by Solhi Al Wadi and Concierto Andaluz with the Syrian Philharmonic Orchestra conducted by Nahel Halabi.  He has served on the faculty of the High Institute of Music in Damascus, Syria and has lived and taught in Spain, Sudan, Belgium, the US and in the UK.

An internationally renowned artist, Ayman was honoured by the presence of the Taiwanese President at his performance in Taipei. For his concert at Carnegie Hall’s Weill Recital Hall in New York, he received a standing ovation as winner of the Artists International’s Special Presentation Award.

“You were fantastic! I have never enjoyed a classical music performance as much as I did yours. Besides the quality of your playing, I thought the program you performed was exquisite. All the pieces were interesting, melodic and memorable. Everyone I went with had a great time “

Ayman holds a Masters in Music from Juilliard and a Bachelor’s degree from the Royal Conservatory of Music in Madrid. He is involved with many charities helping refugees and other Syrians affected by the war.

“A joyous occasion… All the ingredients were there – impeccable musicianship, genuine passion, the ability to communicate with the audience, a personal approach that remains true to the composer yet puts your individual stamp on the music – it’s going to be exciting to see where this leads you eventually.” 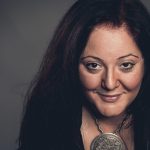 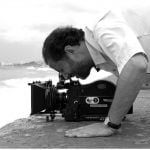