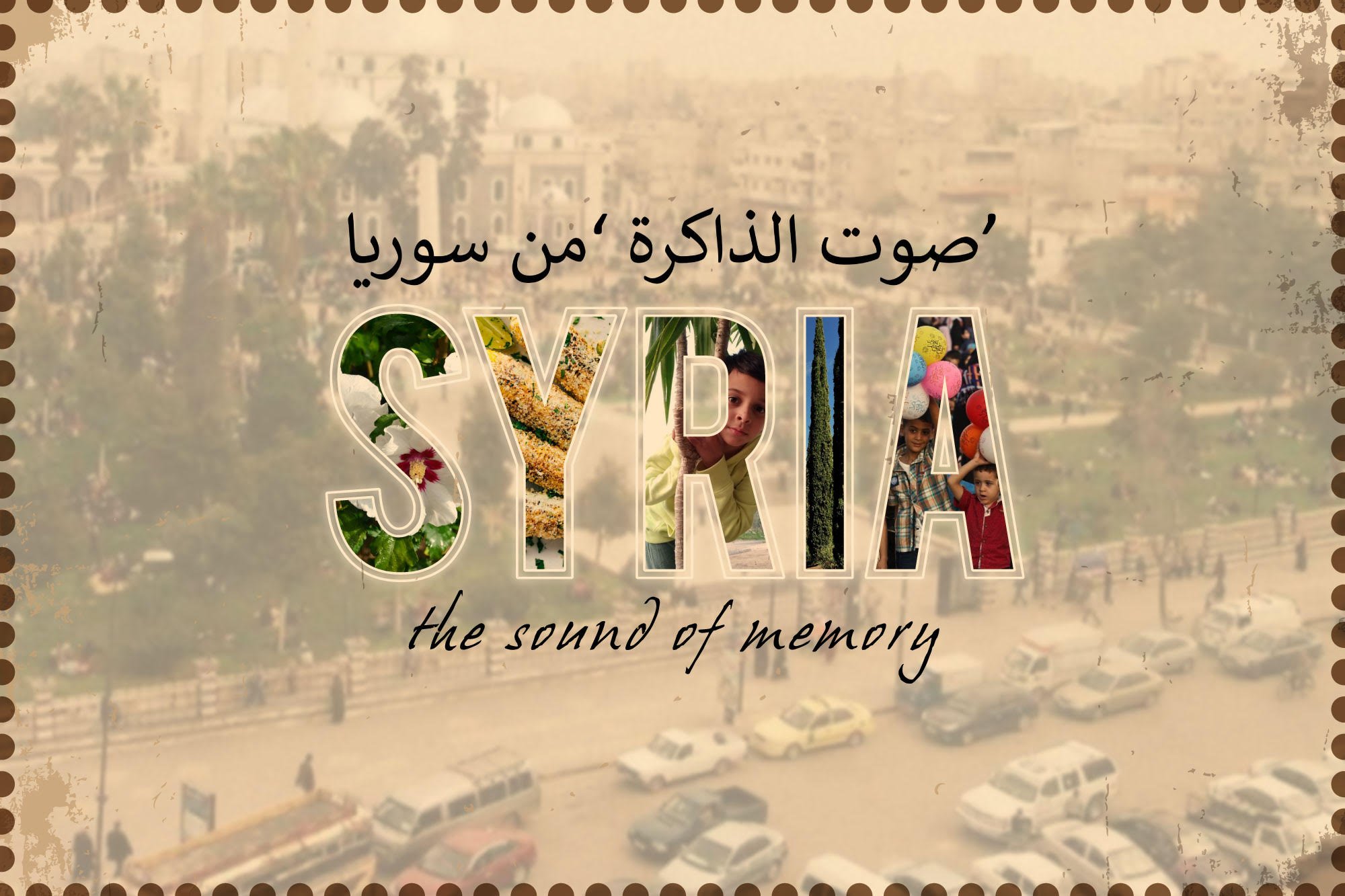 With the help of the Syrian community, Northern Ireland’s intercultural theatre company, Terra Nova Productions, recreates with music and sound the happy memories of the first day of Eid celebrations in the city of Homs, the third-largest city in Syria.

When I heard about this audio art project, Syria – Sound of Memory, launched online on 12 May, I thought of the radio dramas I listened to as a teenager. I was wrong. Instead it is 14 minutes of immersive audio experience that transports me to a lost audio world, people going about their lives in the city of Homs at the Khalid ibn al-Walid Mosque gardens (a popular beauty spot enjoyed by citizens of all religions before the war) on the first day of Eid, a religious holiday celebrated by Muslims worldwide that marks the end of the month-long dawn-to-sunset fasting of Ramadan.

A Glimpse of Syrian life through sound

In an attempt to help people in Northern Ireland experience the richness of Syrian culture, professional artists—Terra Nova Production’s founder Andrea Montgomery (script writer) and Nick Boyle (composer), both based in Northern Ireland, and international audio artist Jeph Vanger, based in Athens—worked together to create this experimental audio art pilot project. Syrian participants had support from the artists to create and contribute to the content development including story board, scripts, music and sounds. The audio art consists of soundscapes, created from scratch using found sounds and snatches of conversation recorded by participants into their smartphones, accompanied by original music inspired by memories shared.

Communicating entirely via zoom and the Arabic/English translator, Ramy Aguib, the artists conducted numerous sessions and exercises with over 20 Syrian participants to help them articulate their memories of home, explore those memories, and come to collective decisions of how these memories could be represented by sound and music in a coherent work.

Participating together with their wives and children, the Aldaher brothers, Aamer and Waeel, who are part of the Syrian community in Ards and North Down, Northern Ireland, played crucial roles in the project. “This project is really important to us. The Syrian culture is rich and we want to share it with everyone,” says Aamer Aldaher at the launch of the project on zoom.

This is not about refugees; this is about joy in our culture

“One thing they said was it has to be a happy memory,” emphasises Montgomery. “We do not want to be seen as victims. This is not about refugees; this is about joy in our culture, and the fact that our city is ancient and it’s full of people of all religions.”

Commenting on Syria, Sound of Memory, Andrea Montgomery Artistic Director of Terra Nova productions said: “Terra Nova is delighted to continue with our aim to make intercultural theatre work that is cutting edge, excellent, and enriches our society; with the support of Ards and North Down Borough Council’s Good Relations and the NI Executive. It was an honour and a privilege for our team to work alongside the Syrian participants to support them to take control of determining the direction of the creative work developed. Syria Sound of Memory gave us a wonderful insight into their rich, ancient, and sophisticated culture, and hopefully marks the beginning of many Syrian projects for Terra Nova.”

The Power of Sound

Calling herself a “very visual theatre director”, Montgomery felt they were “forced” to go with an audio medium because of lockdown restrictions. Yet as audience, I feel that this reflects the reality of the challenging and unique circumstances that gave rise to this work, and highlights the perseverance with which human kind hold onto their cultural identities and seek meaningful connection. Unlike images and words that often dominate our conscious thoughts, the abstract nature of sound, just like the sense of smell, forms the fabric of memory, the little things that anchor our impressions of a place and time. The expertly crafted environmental sound and music work beautifully in this piece to conjure up powerful images, memories and emotions.

With sounds of insects, traffic, water and children’s laughter, arranged in a 360-degree soundscape, I was transported to a festive late afternoon in a bustling city I have never been. I realised then with nothing but sound I could see with closed eyes the golden rays of the setting sun shining upon a stream flowing from a fountain in the mosque gardens, just around the corner from the busy road where families were getting off the bus to join the Eid celebrations.

As it was impossible to conduct any recording in Homs, Jeph Vanger, an international audio artist based in Athens, took on the challenge to emulate the soundscape of Homs based on the input of the Syrian participants. Samplings, including recordings by Vanger as well as Syrian participants on whatever device they could get hold of, were diffused into an immersive 360-degree soundscape where, when listened to on headphones, sounds come not only from left and right but all directions.

One of the revelations to Vanger and everyone else was how similar the sound of crickets recorded in Greece was to that of Syria. It took the group multiple sessions to come to a decision on the correct cricket sound and the sound of birds heard at sunset as opposed to morning birds in Homs.

Little do we pay attention in our daily lives to environmental sounds like the chirping of birds and insects, but once one stops hearing them after moving to a new place, these become the definitive sounds of home. I cannot help but imagine this was the case for the Syrian participants in Northern Ireland, as crickets are much rarer in the UK than in the warmer climates of Syria and Greece.

Music as memory and dialogue

Nick Boyle, composer for the project, tapped into the Syrian participant’s memories by asking them to recall their favourite song and the circumstances and feelings when they first heard it, then compare them to the last time they heard it.

“There are different stages in your life and music can mean vastly different things, so it can come loaded with a lot of emotions. You might be transported back to another time and place and then you hear that again and you notice the distance you have travelled, both physically and mentally,” says Boyle.

While noting Syria’s “rich culture in music in which the first-ever written song is recorded”— referencing the Hurrian Hymn recorded on 3,400-year-old clay tablets discovered in modern-day Syria in the 1950s—Boyle was mindful in avoiding traditional and generic Syrian music in his composition. “It was about trying to bring authentic representation of participants’ memory to the piece, the feelings and emotions that they had, rather than to say ‘this is Syrian music’.”

“The participants really want people in Northern Ireland to understand their character and where they came from. They want to invite people to start a dialogue,” says Boyle.

Listen to Syria Sound of Memory

The Smell of Nostalgia