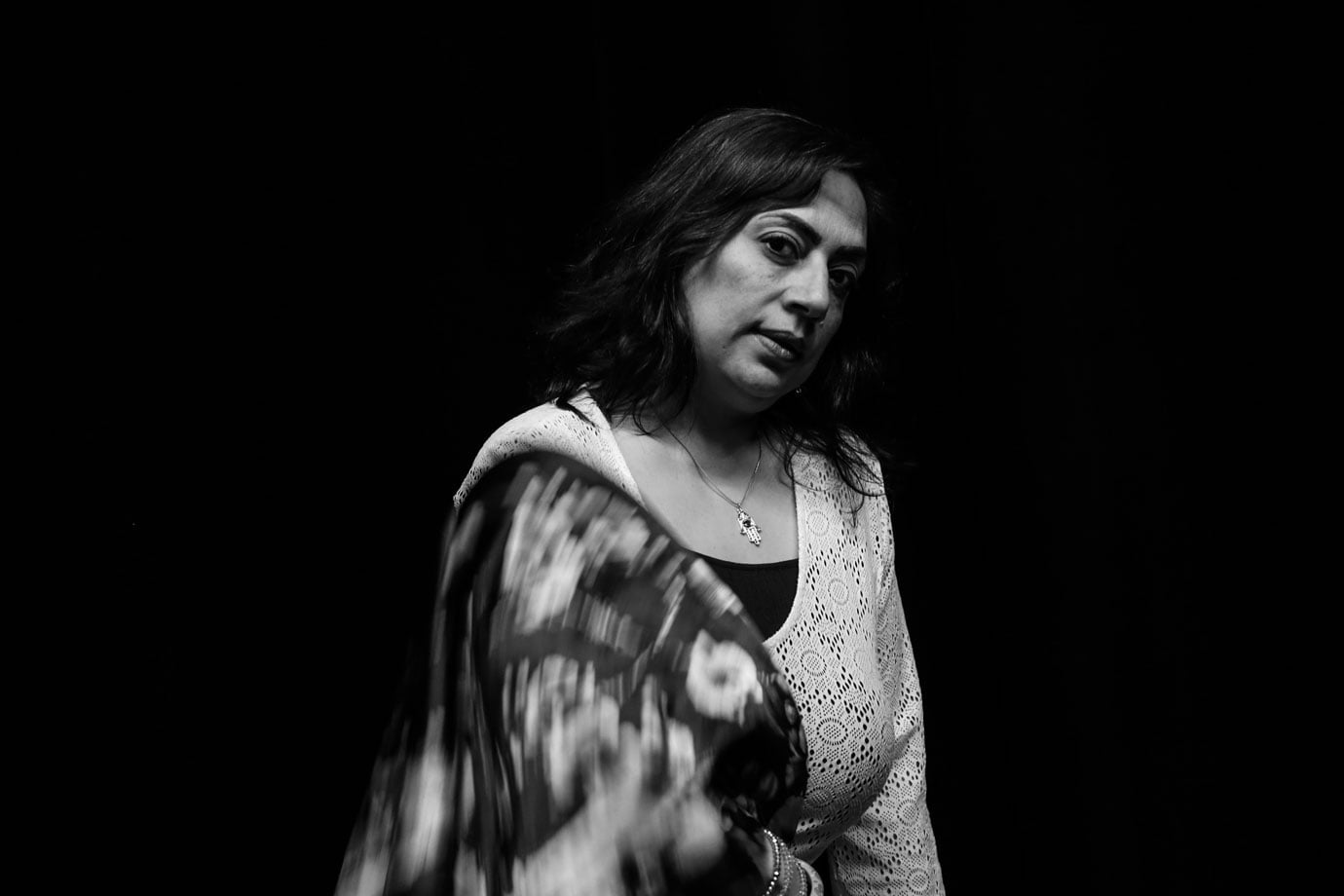 I would like to start with a question about how you began. You studied law and politics and then devoted yourself to writing novels, how did you take the decision to change? And why?

My law studies had no effect on my writings. I never worked in the fields I majored in. I had started with writing years before. It was politics that led me to start writing. I was born in a fertile political environment, a Marxist father, and a Kurdish family divided between the political loyalties of Kurdish nationalist parties and left-wing opposition parties. From here, I opened my consciousness to challenge the status quo.

Because I am a woman, that provided me with many of the negative experiences that we as women face, living with many social and political contractions. Through these experiences I have found writing as my way to express my anger at that time. In other words, writing was at first a protest against the social and political conditions surrounding me.

Your first novel bears the name “infinity”. This name is interesting, tell us about it?

It is true that “infinity” was the first printed book I published, but I started publishing it years ago, and I had an important and harsh experience with Arab newspapers and magazines.

I began to write a short story, choosing as a kind of protest erotic writing, so I got published in the controversial Lebanese magazine Al Naqed, my story which was considered shameless by the male dominated environment. My name appeared on the cover of the magazine, Al-Qasim, al-Naqih al-Nayhum and others. The Al Naqed journal was critical of fundamentalist culture and opposed to religious thinking. The censorship in Syria refused to publish my collections of stories. A moral social uproar was raised around me in the ultra-Orthodox cultural milieu in Aleppo. I protested and went away from writing until I came back years later with “infinity”, which carries my imaginations of the composition of a human of many facets. This was linked to the fact that I was a product of many cultures, being born in a Kurdish, leftist, Islamist, repressive environment for women regardless of their culture.

As a Syrian Kurdish woman living in France, what do you miss in your country?

I experienced exile in two phases, the first upon my arrival alone in 2004, after which I began to integrate into French society. I acquired the nationality of this country, which I embraced and protected. I thought of going to Syria to test this country after I have been absent from it for many years. Then the uprising started, and a huge asylum seeker wave happened. A large portion of the Syrians I know moved to France and Europe in general.

That is why I lived the exile twice. My first exile consisted of my personal memories: my life, my friends, my neighbours, my mother, my sisters, the fava bean (“fool”) dish on Friday, which was a holy ritual there in Aleppo, and all the intimate details I used to miss during my first years of exile. Then came the fierce, violent exile, the exile of war, killing my feelings and desires that seemed naive, nostalgia for the bowl of fava beans, or my mother’s coffee, or morning songs, or the phallus tree on the roof of our house. The war killed my neighbours and friends and destroyed my house in Aleppo and killed the fava bean (“fool”) dish maker. The gardens were uprooted. My nostalgia became big and impossible, only nostalgia for walking in the streets of Aleppo.

As a follow up to the previous question, what are the new opportunities and experiences available to you in foreign countries as a woman and a novelist?

France gave me a new existence, I was born again here, I received a French birth certificate, my new nationality, I obtained safety here. It has always been my dream to have a safe place to write. This dream came true to me in France, my chosen country, which assured me the freedom that made me give up all the privileges that I had in Syria, such as family protection, social warmth, and an emotional environment. This freedom also enabled me to endure the harshness of life in Paris.

From France I took to the Arab world. Here in Paris, I wrote my first novel under the new freedom, called “Umbilical cord” which got me on the list for the “Poker prize”. From this point my accomplishments followed. If I had stayed in Syria, I would not have written, nor would I have achieved my presence in the Arab cultural scene that I entered after leaving Syria. The Arab world and the Arab reader got to know me through my presence in France, while the Syrian censorship and its authoritarian institutions prevented me from publishing.

In 2011, your novel “Umbilical cord” was nominated for the International Prize for Arabic Fiction “Booker”. Tell us a little what does this mean to you?

After I was prevented from publishing my books in Syria due to censorship, I had to go to Beirut to publish my novels. My name’s listing on the Booker’s list restored my honour against the political censorship. This achievement made me popular in the Arab world, and also in Syria, where the Syrian reader had been unaware of the existence of my writings. The Booker prize gave my novels the right to appear in Syria and the Arab world.

In addition to writing novels, what are your other writing projects? What languages do you write in or translate your work into?

My novel “Drums of Love” was published in Italian, and I signed a contract to have my novel “Metro of Aleppo” also translated into Italian. Next year, I will publish a novel, “Good morning war,” in French. I have a draft novel written in French directly, I expect to finish at the end of this year.

Your book Metro of Aleppo is on the list of candidates for the Sheikh Zayed Book Award. Tell us what Aleppo means to you, and what do you miss most about the city?

The old roofs of the old houses full of flowers, the old narrow alleyways and their special black tiles. The various smells of food that we smell and we try to predict what kind of food it is through the smell. The old markets and products not found in Europe such as henna, bath scrubbing bags, Aleppo laurel soap, and thyme. On Friday morning, the curved jasmine dangling outside the walls of the houses and the heavy flow of traffic on the street. All these details and others, I try to include in my writings to restore the fresh smells of Aleppo which do not resemble any smells in any other city. I miss everything in Aleppo, its smells and music. People sitting in front of open houses, the neighbour’s conversations through windows and balconies, and a lot of things. While not forgetting the dark side of life in Syria, such as repression and restrictions of freedom of both women and men, as well as political, religious and military domination and all that the world has got to know about the curtailment of individual and societal freedoms  in Syria.

You wrote about women in the Arab world and honour crimes in “Girls of the Prairie,” what is your implied message of this novel?

This novel was a turning point in my narrative and my themes. I used to avoid violence against women in my writings, and I was afraid of falling into topics that were closer to the popular press rather than novels. However, my presence in France provided me with space for reflection, to look at the past of the abandoned in Syria, and to remember the stories of women who were tormented, and to hear the voices of women who were murdered and buried in silence. I discovered that I had to confront this thorny subject. I invented an aesthetic method by resorting to fiction through which I was able to address this subject. In my novel I observe and convey what I see and feel, and leave it to the reader interpret. Perhaps the implicit message of the novel is to me personally: that I should not forget that I am a woman, and because I am a woman who has suffered the problems of that community, I became a writer.

What are your hopes for Syria and the new Syrian generation?

Freedom. This small word is the eternal obsession. Freedom opens doors of thinking, produces solutions, creates creativity, and changes the world. Nothing is more precious than freedom, and its path is difficult. It begins with the confrontation of individual taboos planted over many generations within each of us, where we are limited by sanctions that turn into solid walls and that are difficult to overcome later. Freedom is the dismantling of the self first, and the other and all the vocabulary surrounding us, which is full of suppression, prohibition and criminalisation. Freedom is the first step towards maturity, both at the the individual level and at the community level. 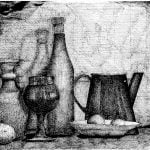