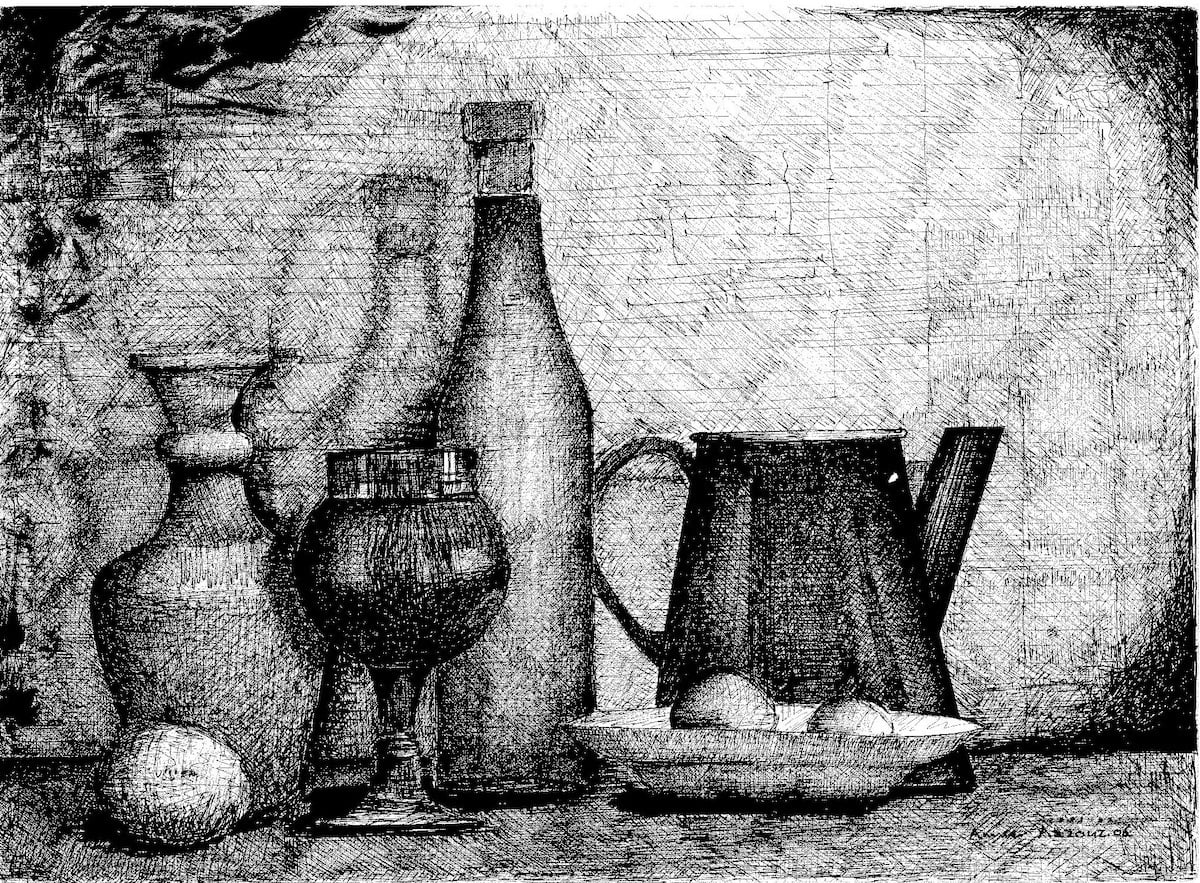 Home » The artists of Homs
Arts

In London, looking at an old drawing of mine, I am transported to the time and space when it was first drawn. It takes me back to Syria, to Homs – my city – to Sobhi Shoaib Centre of Fine Art, where I spent years practicing art.

It was 12 years ago, in 2006, when I drew it. It feels just like yesterday. Each week, I would spend hours at the centre attending still life art classes. I registered there in summer time, during the holidays, and also in winter, when I would go there after I finished my classes at the university.

Sobhi Shoaib Centre was one of my favourite places in the city.

It was at the heart of the commercial area of the city, near the famous Al-Dablan Street, but once you entered the building, you succumbed to its tranquility. Often, classical music or Fairouz songs played in the background. After the journey through the busy streets, you would feel yourself calming down. It was there were I found peace in the city – and found consolation. I discovered a place to reflect, and enjoy the company of people who shared similar interests to mine.

The centre was a place for everyone. It was a place for the rich, and a place for the poor. A place for those who lived in the east of the city and those from the west, for those on the north side and those in the south. It brought people from all different ages, social classes and genders together. We all went for one reason: our passion for art. Some did sculptures, and prints. Others did paintings, drawings or watercolours.

I met inspiring and moving people there. I always sat next to Madam Christine, and Mona, so they could help me choose my colours, as I am partially colour blind. We exchanged ideas on art, and enjoyed the hours of drawings objects in front of us. Sometimes, one drawing could take weeks to finish. We always tried to come early to find the same seats in the room, and to be able to see the objects on the table from the same perspective.

I have precious memories of the centre. Madam Christine was Christian, and once she brought me a gift, a beautiful hand-crafted wooden box with golden engravings. Inside it, there was a Quran. It meant a lot to me, how thoughtful this gift was. That Madam Christine, who was older than my mother, would bring me a piece of memory to remember her. I brought this Quran with me to the UK. And it is always a reminder of my Syria, my city, where people from different religions lived together as friends, and family.

I no longer have contact with Madam Christine, but I have been told she has migrated to the US with her family. What was devastating for me, however, was hearing that Mona – our friend – and her husband were both killed in a bomb that targeted their house in Homs. I think she was in her mid-thirties at the time.

There was no Tate Modern in my city, Homs. Nor there was a Victoria and Albert Museum. My city was humbler, more modest in all different aspects when compared to London, where I currently live. But Sobhi Shoaib Centre, was one of my main destinations in the city, just like the Tate Modern is for me now. Sobhi Shoaib Centre had a small courtyard, open to the sky, with a water fountain in its middle. Here people met to chat. Friends. Families. Lovers. Art companions. Here conversations were made on culture, art and the city.

I know now that the centre has reopened again in Homs. But I know also that the people who used to go there are no longer there – they have been displaced, or they are dead. If I return to the centre in the future, I am sure, all the memories will flood back again. But it will always be a place of pain that will remind me of a friend who lost her life during the war: Mona. 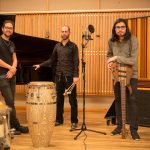 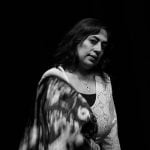