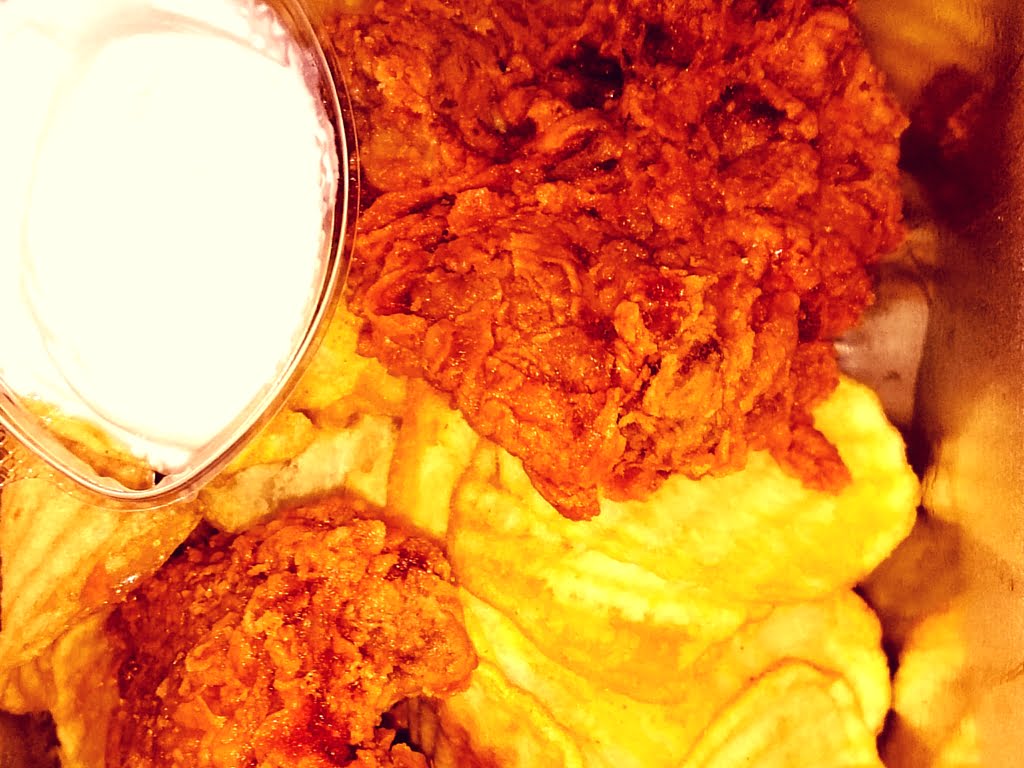 Not a single day goes by without something triggering a thought about Syria, my home or my childhood. Today, despite being a vegetarian for two years now, the trigger was a sudden craving for ‘broasted’ chicken (a famous version of Syrian fried chicken).

While trying to satisfy my taste buds, I ended up going down ‘broasted memory lane’. Odd as this may sound, Syria’s version of fried chicken brought up lots of memories for me, memories that warmed me and left me smiling. In Syria, for most of us, Friday was the official family day. In my family, it was also usually a day off cooking for my mother. Instead, we would bring a takeout to my grandmother’s house and get together for a family meal. More often than not, to our great delight, the take out was broasted.

There was something very magical about the tradition of eating broasted. My sister and I always ate the chicken breast, my mother’s favourite part was the wings, while the thighs and legs were my grandmother, father and uncle’s choice of cut. Remarkably, in all my experience eating broasted, I never had a meal where everyone only wanted the same thing. There always was a perfect fit. Even the bones found their way into our cat’s food bowl.

Although chicken was the main part of the meal, it would be judged as incomplete without its sacred counterparts – batata (potato fries) and crème thoum (garlic cream). The crinkly potato fries were cut flat and thin, but so thin they became crispy after frying, and never thick enough to take away your appetite – no, they were always perfect! As for the garlic cream – that’s a story on its own. Us Syrians have a special relationship with garlic, but this garlic creation (garlic prepared into a very smooth creamy paste) is one of the best I’ve ever tried and sadly, have never tasted anything like it since.

Usually, broasted would come with a small round plate with garlic cream, which would be enough for a family of four. My sister and I loved the garlic cream. We loved it so much that we could each eat an entire plate of garlic on our own. But we would restrain ourselves when eating broasted at friends’ houses, because no matter how many times you brushed your teeth or ate the mintiest chewing gum, your breath was overpowered by the smell of garlic.

Among my friends, I remember how broasted would spark the most intense debates. These would centre on where each of us would buy our broasted, and why the shop we bought it from was the best in town. In fact, these very powerful convictions were usually inherited from our parents. But most would agree, the most famous broasted shop in Damascus was ‘ Alwajbeh al Saree’a’- The Fast Meal.

Sadly, the days of eating broasted in my grandmother’s home are long gone. But I feel grateful for how the thought of a Syrian version of fried chicken can so miraculously create the most vivid of memories. It weaves together the invisible fabric of my society, and transport me back to the place that I long for most. 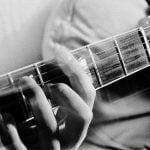 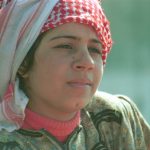 Thank you :”) I’m craving Broasted before noon!! 😀
Well written Daniela, and don’t care about the garlic smell anymore.. If someone doesn’t like it, they can take a couple of steps away.. just eat the whole damn thing! 😀 😀

Broasted sweet broasted
This tradition was also followed by my family in Aleppo, for the same details, in addition I remember when was a child I was melted eating the fried skin covering meat, and it was enough to me, and my father told the seller about this habit and the seller in his turn adviced me to eat the meat too, Yes it’s silly but it’s lovely warm memories.